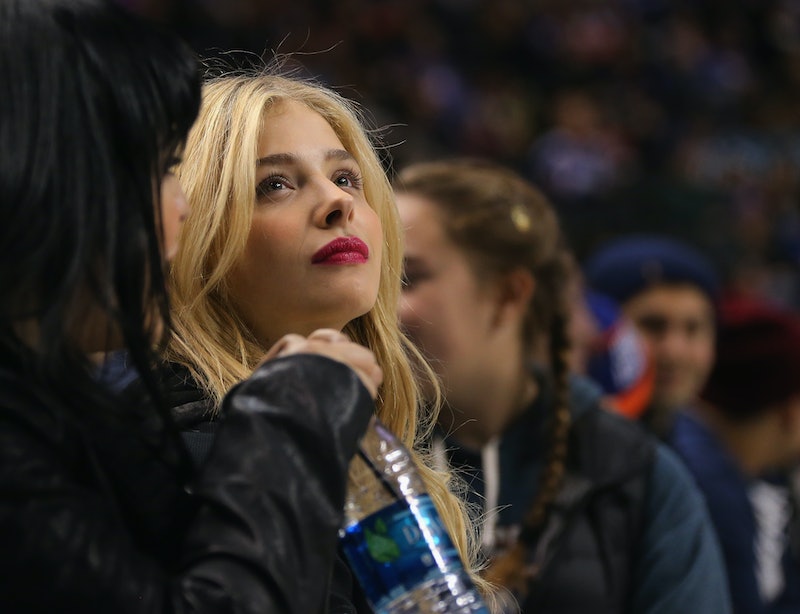 Huge news for anyone who either a, was a child in the ‘90s, b, loves mermaids, and/or b, is obsessed with all things Chloë Moretz. (And if you happen to fall into all three categories, then you are going to want to seriously brace yourself.) Because The Little Mermaid live-action adaptation is definitely in the works, and Chloë Moretz has signed on to play the starring role. Commence freak out now! The news is exciting for so many reasons — on the one hand, because this is probably all of our cumulative childhood dreams come true, and on the other hand because you’ve probably never really gotten over that obsession with mermaids — but mainly because Moretz could not be more perfect for the role.

Really, I can’t think of anyone better — especially since the film will be based on the original Hans Christian Andersen fairytale and not the Disney classic. Same general idea, but definitely a bit darker. (Kind of like the difference between Disney’s Alice in Wonderland and Tim Burton’s Alice in Wonderland .) Given Moretz’s tendency toward darker roles that she still somehow makes completely likable, she seems like the perfect person for the part.

But there are other reasons, too! Just look at this list of things that make Chloë Moretz absolutely perfect for the role of our favorite underwater heroine.

That Sweet And Lovable Face

There’s something eternally youthful about her Moretz’s face (maybe because she’s actually still really young?) that seems necessary to play the underwater princess. That saltwater is bound to make anyone’s skin super smooth on the daily, so it’s appropriate that they would pick someone with such cherubic features.

She Knows What It’s Like To Live A Public Life

Like Ariel, this actress has been in the limelight since the time she was young. I’m sure she’s totally going to be able to identify with the sea princess’ desire to live a different life and not be scrutinized by everyone in the kingdom.

She’s Been Involved In Animated Movies

Sure, this is a live-action adaptation, but it’s still nice to know she’s been the voice of Darby in My Friends Tigger and Pooh and as Hit-Girl in Kick-Ass: The Game. Clearly, she understands the importance of a woman’s voice, which is one of the most significant motifs in this film.

She Can Carry The Lead

Moretz kicked serious ass as the title character in 2013’s Carrie, so you know she’ll have no problem carrying off a title role again.

As light and airy as the Disney version of The Little Mermaid might have seemed to you when you were six years old, there are some seriously dark undertones to fairytale version of this plot. A woman giving up her voice for love? An oppressive father? A terrifying sea witch? Considering Moretz has a talent for playing troubled characters who are impossibly likable, I think she’s going to be perfect as this more realistic version of Ariel.

And with a plot revolving around a woman who literally gives up her voice, I’m hoping her feminist politics have a positive impact on the more subtle politics of this film.

Now that I have every reason to be excited for Moretz to star in the film, I’m going to have to find a way to bide my time until it comes out. Disney Classics marathon, anyone?