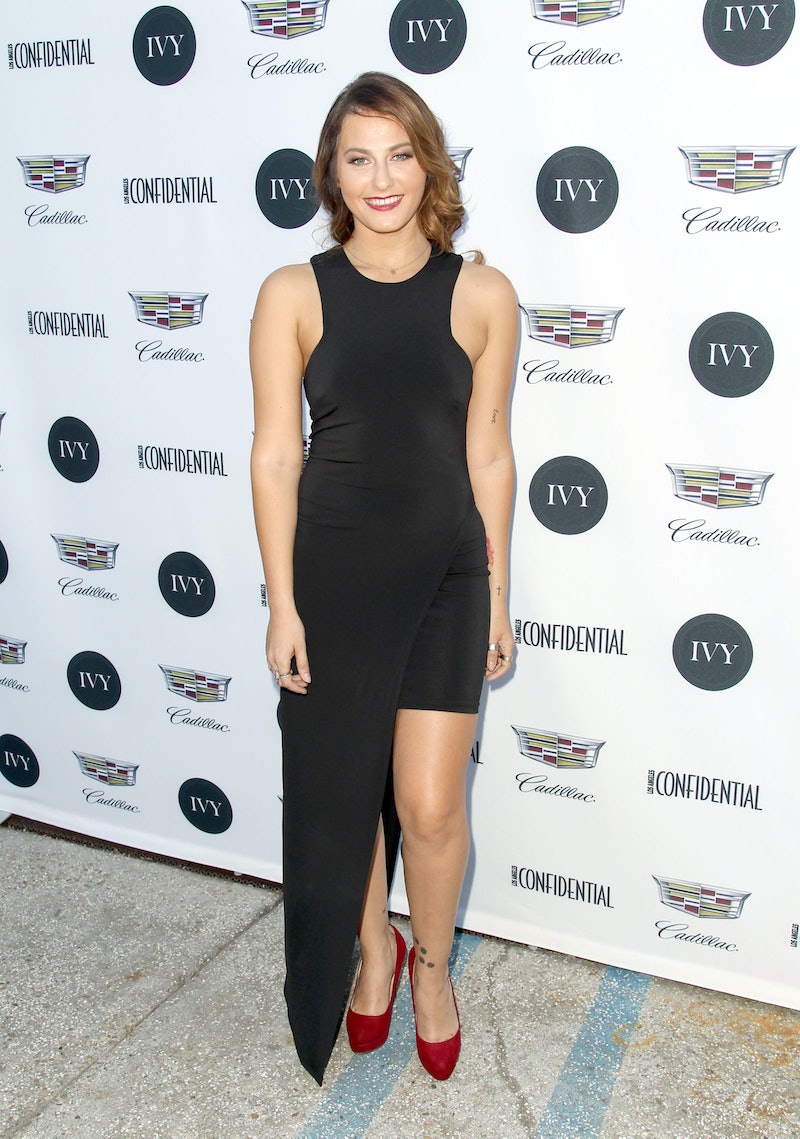 One of the biggest and most popular love stories on Nashville is getting a little shaken up, and I couldn't be more exited about it. Gunnar and Scarlett might be soulmates, but there’s yet another obstacle in the way of a relationship — her name is Erin, and Scout Taylor-Compton plays her on Nashville . So who is this mystery woman out to break hearts and take names? Luckily for fans, Taylor-Compton gave Bustle some hints on what to expect from her character this season.

Erin inserted a jolt of energy to Nashville when she first appeared in the Oct. 21 episode "Stop the World (And Let Me Off)." Cool, hip, and much edgier than the country stars we usually see on the series, Erin was working backstage at a Juliette Barnes concert and won over Gunnar’s heart pretty easily. In fact, he barely had words for her when he saw her. Gunnar just doesn’t know how to play it cool. Taylor-Compton says, “[Erin] is very confident. She knows what she wants, she knows how to get it, and she’s also very adventurous. Erin is definitely a guy’s girl.” Sounds like just the person to help break Gunnar out of his Scarlett rut, doesn’t she?

Though young herself, Taylor-Compton’s had a long career in Hollywood, appearing in everything from Gilmore Girls to Rob Zombie’s 2007 remake of Halloween . Nashville may seem like a bit of a departure from her scream-queen status, but Taylor-Compton assures me that she fits right in. “Nashville has been really welcoming, which is amazing,” she says. “The city is beautiful, the people are big sweethearts, and it’s been a really good experience.”

Starring in horror and as rock legend Lita Ford in the film The Runaways — “one of the best experiences of my life,” she says — Taylor-Compton has amassed an impressive amount of rock star colleagues, counting Rob Zombie, Alice Cooper, and Joan Jett among them. Taylor-Compton’s work has always has a bit of musicality in it, so a move to Nashville totally makes sense. “I’m a really big music person, especially when it comes to rock and roll,” she says. “I’ve been fortunate to meet such amazing rock artists, like Alice Cooper, as well as country singers. They all mesh together — it’s all music.”

Still, there's a special place in Taylor-Compton's heart for the type of music played on Nashville. “My mom raised me on country,” she says. “My first concert was Tim McGraw and Faith Hill! I’m definitely a country girl at heart — not too many people know that about me!” Another thing that people may not know about the 26-year-old? She’s a singer, and being in Nashville has given her the itch to get into the studio again, and maybe even sing on the show. “I’m crossing my fingers [to sing on Nashville]! I would love to. As of now, you never know!” she teases.

All in all, Taylor-Compton’s Erin remains a bit of a mystery. She’s quite mum — understandably — on the specifics of her character arc, but I’m looking forward to watching her cause a little bit of trouble on Nashville.