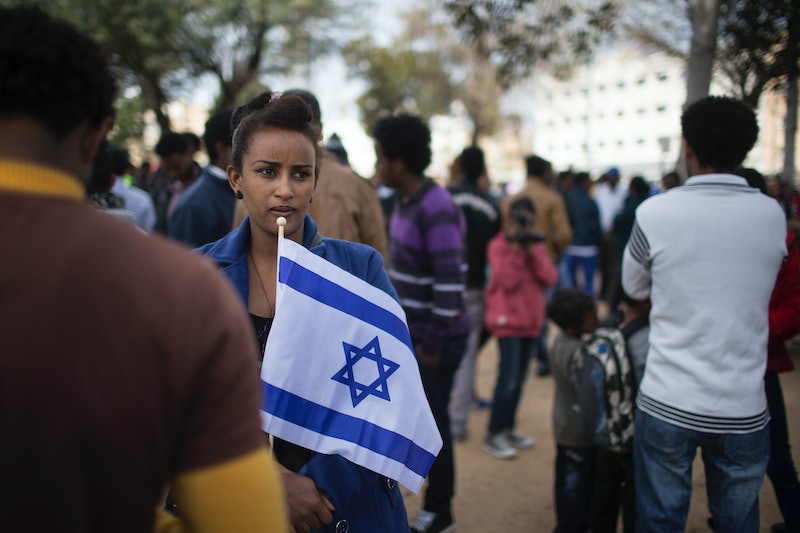 Meaning there's 48 more states to go before the country's Hunter Moores can see punishment. And even those two states don't do much: While New Jersey does consider distributing a person's nude images without their consent a felony, a law that came out of Tyler Clementi's suicide, California's laws may not be strong enough.

As Emily Bazelon wrote in Slate:

Israel's Yifat Kariv, who introduced the successful bill, told Haaretz of its passing:

It is clear to us that the pace of legislation always lags behind the technical and virtual reality in which we live. This is a law that is a breakthrough both from the legislative standpoint and also from the normative and ethical standpoint. This is a great achievement for the victims of sex crimes.

More like this
How To Support Gun Control Reform Right Now
By Morgan Brinlee and Carolyn Steber
The Church Of Scotland Votes To Allow Same-Sex Marriages
By Sam Ramsden
How The City Healed Five Years On From The Manchester Arena Attack
By Ella Glover
What Makes A Sally Rooney Sex Scene So Hot?
By Samantha Leach
Get Even More From Bustle — Sign Up For The Newsletter