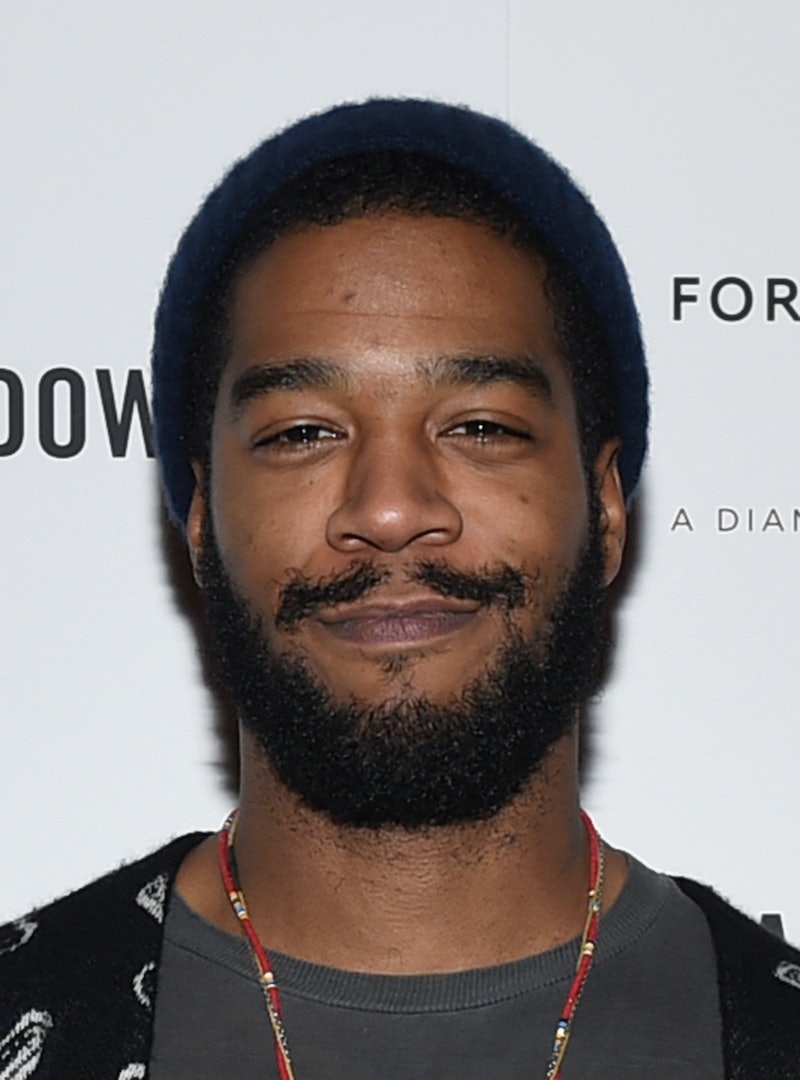 The debut film from writer/director Josh Mond, James White, tells the story of a twenty-something man in New York City struggling through life while his mother is terminally ill. Girls alum Christopher Abbott stars, but the biggest draw may be rapper Kid Cudi doing the James White soundtrack and also acting in the film. The movie has already brought in stellar reviews thanks to its debut at the Sundance Film Festival, and Cudi, whose real name is Scott Mescudi, is a big reason why (though the performances of Abbott and Cynthia Nixon as his mother don't hurt either). Mescudi's intimate involvement with the film brings to mind another rapper who had a memorable movie experience both in front of the camera and behind the scenes: Marshall "Eminem" Mathers. So by pulling double-duty in James White, is Kid Cudi becoming the next Eminem?

The similarities between their film experiences are quite similar. Back in 2002, Eminem starred in the movie 8 Mile. As you probably remember, that film was inspired by Mathers' life, with the rapper playing a version of himself at the beginning of his career in Detroit. James White actually comes from a similar place, believe it or not. Even though Mescudi's character is not influenced by his own life, the movie as a whole was inspired by his music, as Mond listened to Kid Cudi while writing the film to help craft its voice. This is also similar to this year's Jake Gyllenhaal starrer Southpaw , which was originally going to star Mathers, after the plot was inspired by his life.

In addition to both rappers having their pseudo-biographical acting roles, there's also the direct part their music has in their respective films. Eminem didn't write the score to 8 Mile, but he did contribute several songs to the soundtrack. One such song, Lose Yourself , ended up winning the Oscar for Best Original Song, making Mathers the first hip hop artist to win the award. Mescudi is arguably even more involved in crafting the music for James White , as his moody, New York-drawn tones are felt throughout the movie. And if Mescudi can follow in Mathers' footsteps to the Oscars, then he could break down some serious barriers by becoming the first hip hop artist to take home a statue for scoring a film.

Another similarity between the two is that neither of these straight rappers are afraid to play gay characters on screen, which says a lot coming from the frequently LGBT-unfriendly world of hip hop. Mescudi's character in James White is the gay best friend of the main character, and he was happy to play the part. "This was way different than anything else I've ever done," Mescudi told Billboard at the film's premiere in January. "It was dope to do that. I felt like I had a responsibility to present a different walk in life from that world." The rapper/actor was even upset that his male on male kissing scenes had been cut from the film. "I’m mad [Mond] cut out my kissing scenes with David [Call, co-star],” he said. “We made out so many times — and it was so good!" Mathers, meanwhile, isn't known for having the best views on homosexuality, to put it lightly, but by playing himself as gay in The Interview he seemed to signal that he is now finally accepting of the LGBT community, and may have moved beyond the homophobia that has plagued him for much of his career.

Kid Cudi seems to be well on his way toward conquering both movies and music like Eminem did before him, and is even reaching new heights of what a hip hop artist can accomplish in film. If his work both on screen and off in James White is any indication, fans can expect for Mescudi to be a big name in Hollywood for years to come.