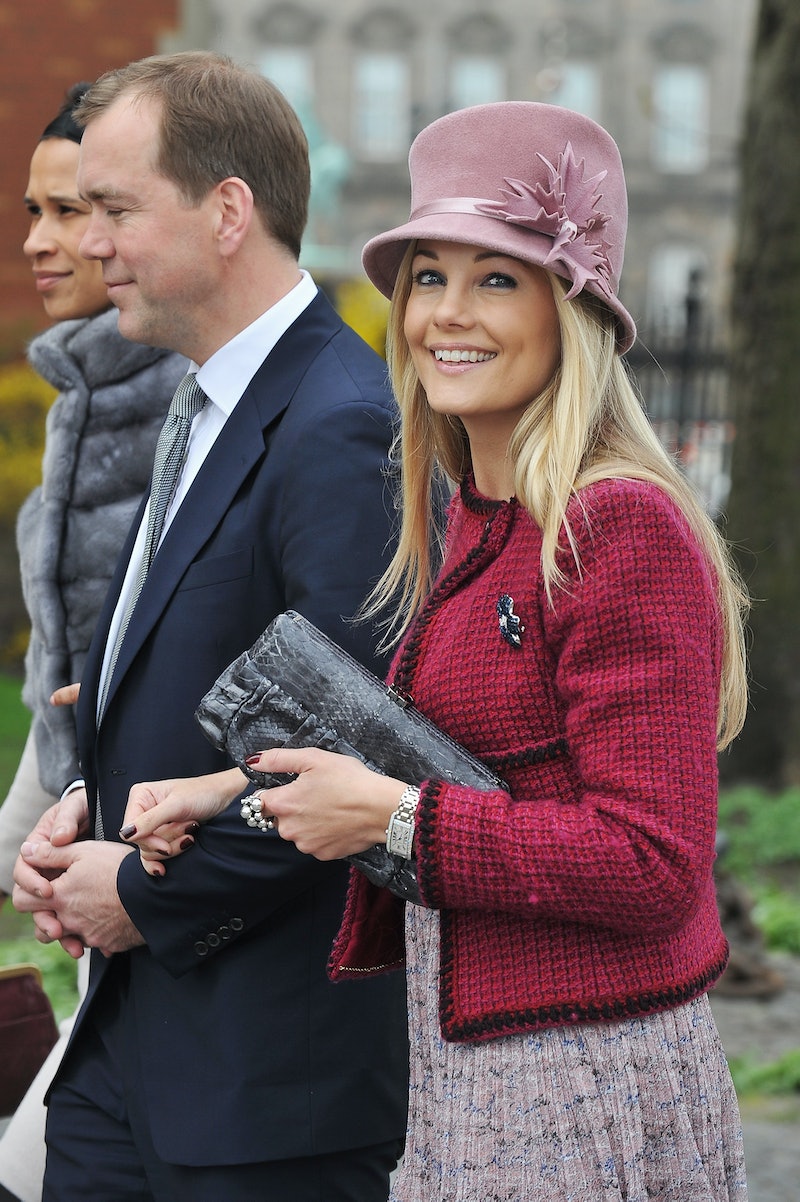 She may be the new girl on this season of Ladies of London, but this is not Caroline Fleming's first time in the spotlight. Yes, she's been on reality television before as a host of Denmark's Next Top Model, but that's not what I mean either. All eyes have been on her since the day she was born, because Caroline Fleming is part of Denmark's royal family and grew up as a Danish Baroness. As an American citizen, I'm not really familiar with how all this works. Who are Caroline's relatives? What do they do for a living? Is "being royal" considered a job? What is the deal here? I decided to dig deeper into the Bravo star's family to find out more.

Let's start from the beginning with Caroline's parents. Her father is Niels Krabbe Iuel-Brockdorff and her mother is Margaretha Lundgren. They have the royal titles of Baron and Baroness in Denmark. A Baron or Baroness, is a royal title that is low in ranking, much like a Count or Countess. According to Bravo, Caroline's family is one of the oldest families in Denmark.

In an interview with BravoTV.com, Caroline described her mother saying, "My mother, like Julie Montagu, was another Cinderella story and married into this aristocratic family, but she was a very successful model beforehand." Caroline went on to pursue modeling herself: "I felt fine about this decision because I was following my mothers footsteps, although this was most certainly not a 'career' of blue stamp approval or my family's support."

Caroline's sister Louise Eleonora Kathleen Iuel-Brockdorff was involved with the drama on Ladies of London this season when Marisa Hermer told Louise that she did not like Caroline's new boyfriend. Louise is a pretty elusive character when it comes to finding out about her on the Internet. Maybe she's just trying to keep the royal mystery alive, but I'm sure she's just as fabulous as Caroline no matter what she's doing for a living.

Caroline's family might be a little tough to track down, but at least we know the most essential piece of information: They're Danish royalty