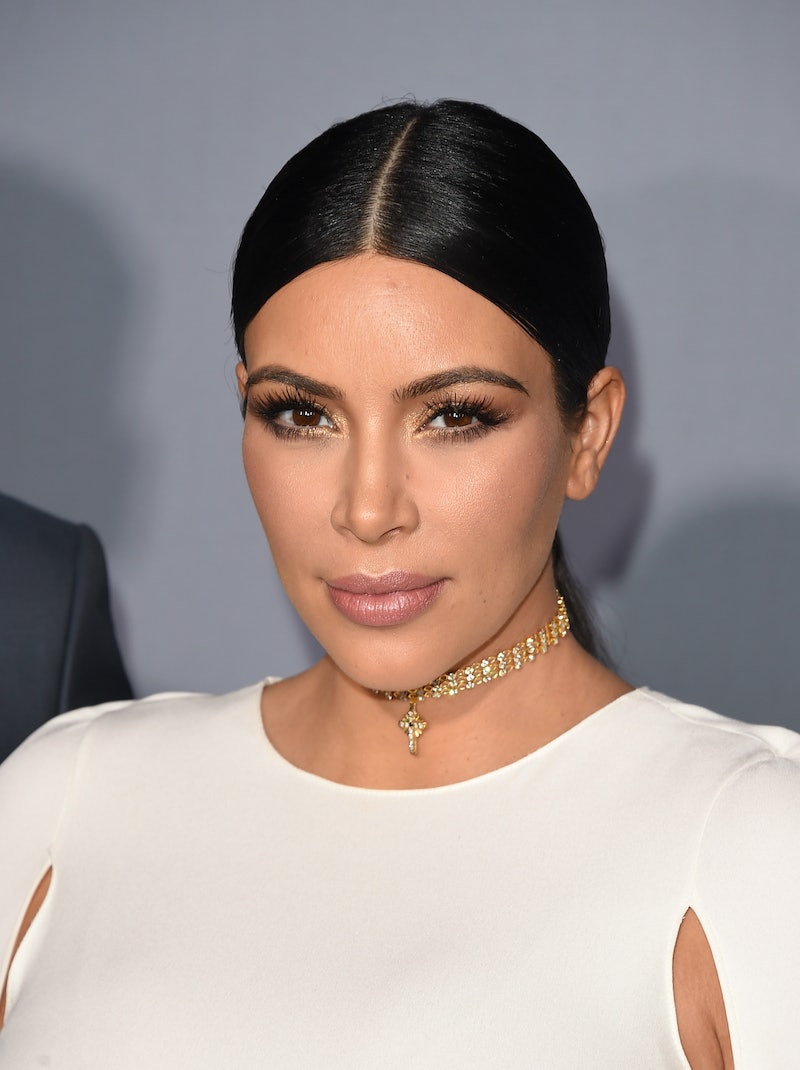 Though most of us can probably remember taking selfies since the first time we turned our flip phone around to capture the perfect MySpace angles, few have perfected the selfie in the way Kim Kardashian West has. But after she released her book, Selfish , comprised entirely of photos of herself, it seemed like she'd reached the pinnacle of her selfie-taking career...or had she? In a recent interview with André Leon Talley for Vogue's podcast, Kardashian revealed she's releasing a holiday edition of her selfie book. Unfortunately, it's not a brand-new book — it'll still have the same selfies with a few new photos, plus a holiday-themed cover.

"I'm going to do a new holiday edition, with just a new picture on the cover," the 35-year-old said. "There might be a few new photos inside. As for a whole different book, I don't have anything in the works right now."

It's not surprising that Kardashian is planning to rerelease the book, especially since she said she wanted to add new selfies shortly after the first one hit bookstores back in May. No word on when you can buy the new installment, but 'til then, I have a few ideas about what she should include.

Kardashian, if you're listening, please include the following photos that I know have to exist somewhere:

Behind The Scenes Selfies At The Holiday Card Shoot

They happen just about every year, and don't tell me these people don't get all dolled up and just forget to take photos of themselves in between professional takes. I want to see what happens at those shoots, beyond Kris Jenner getting frustrated when not everybody will cooperate.

Because it would be seriously cute.

This is obviously a joke. There's no way they go shopping on Black Friday.

Kim & North Passed Out In A Turkey Coma

Probably on a very expensive couch, wearing very expensive clothing. Although I'm not sure Kim actually eats turkey, since she mentioned in the same Vogue podcast she's not too into Thanksgiving food.

We haven't seen him in awhile. I just want to make sure he's OK!

Kanye West Looking Unhappy In Front Of A Christmas Tree

Trust me: If he can't look happy the rest of the year, there's no chance he's smiling during Christmastime. Unless, of course, he has ice cream.

Kim, don't let me down on these. I'm counting on you!