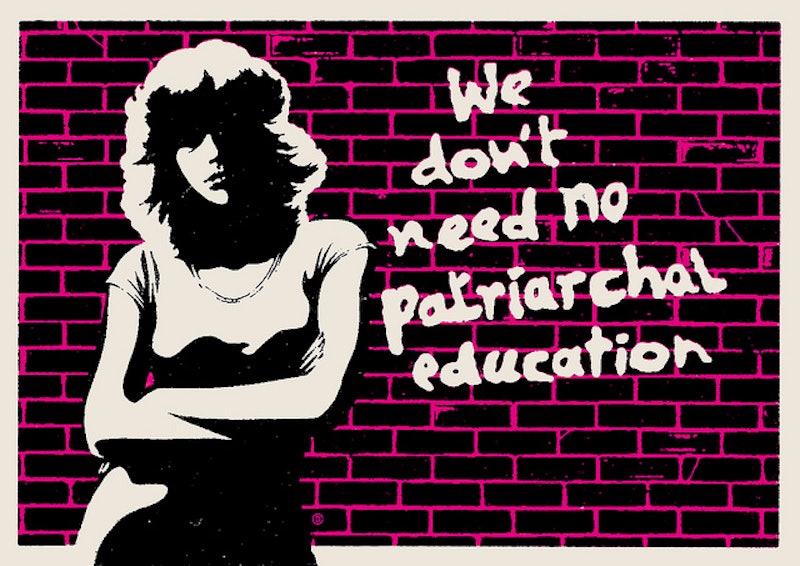 To be honest, I've found that, if you self-identify as a feminist, most people don't really have any qualms about just insulting you to your face. Or sighing and rolling their eyes and walking away. Or spewing vitriolic garbage in every online comments section once the dreaded F-word is mentioned. But there are also those who will respond to the fact of your feminism with any number of backhanded compliments — and I can guarantee you that they're backhanded compliments all feminists are tired of hearing.

The good news is that with the rise of artists like Beyonce, comedians like Amy Poehler, Tina Fey, and Amy Schumer, and writers like Roxanne Gay and Chimamanda Adichie, feminism has well and truly entered the mainstream. The bad, news, though, is that it's entered it juuuuust enough so that people are slightly less inclined to turn to open hostility. Instead, there's a lot of apprehension. Closed-mouth smiles. Sure, gender equality is great, but why are feminists so angry, you know?

This apprehension often results in the kinds of comments that masquerade as something nice said about someone else... that aren't actually nice at all. They're the most obnoxious of barbs, largely because if you call someone out on them, they'll retreat behind the whole, "But I meant it in a good way!" excuse. These five "compliments?" Spoiler alert: They're not compliments. So let's all just retire them from our vocabularies, shall we?

I do, yeah. It's extremely disheartening to be told to "get over" the fact that, as a waitress, handling sexual harassment with a smile is just part of my job. That I get called "sweetie" and "honey" and patted on the head and spoken down to; that the government likes to parse my own body into pieces that I can control and bits that I can't; that one in four women will experience sexual assault during college; that my friend group is evidence of that statistic... I could go on, and yes, it's exhausting. But the alternative, being silent and accepting that, well, I was born with a vagina so life is just going to suck a bit more, is unbearable.

2. "But you're not like one of those crazy, angry feminists, though. You're so reasonable! You like men!"

Honestly, the number of times I've heard people equate "feminism" with "misandry" is exhausting at this point. I don't want to have this conversation again. I don't hate men overall, as a group. In fact, I like making out with specific ones like a lot. Feminists don't walk around kicking every dude they see in the shins.

3. "You're so girly/pretty/feminine for a feminist!"

4. "You're so confident with your short hair/hairy legs! I could never do something like that!"

Unpack why you could "never do something like that." And then we can chat.

And all those dudes living their lives and pursuing their dreams are just doing it? Without any sort of condescending medal around their necks? Cool, cool, cool. Must be nice.