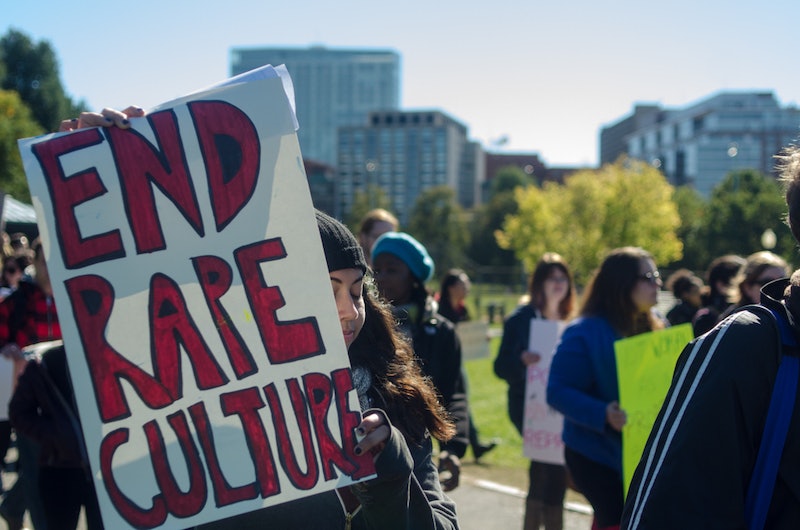 You know what I like, as a feminist? A good rape joke. Seriously. I mean, don't get me wrong — I don't like misogynistic humor, and I despise anything that would make fun of a rape victim. What I do like are jokes that explore rape culture in a frank and fearless way. I like it when comedians break taboos for the sake of informing and exploring difficult topics; in fact, I think that's entire the purpose of comedy, if it's not to pretentious to say that comedy has some higher "purpose" beyond making people laugh.

Do you still disagree with me? Do you think that some topics should never be broached for comedy — that some topics should be off limits because they're too dark, too painful, too controversial? It is genuinely hard for me to understand that point of view, because when I think of the best representations of social issues in pop culture, it never happens on dark dramas. ( Game of Thrones , I love you to death, but I'm a little sick of you making a poignant point about sexism in one scene, only to undercut it a few minutes later when you feature a bunch of naked, pube-free women without any lines to say as set dressing). It happens in comedy — from Amy Schumer's sketch about rape culture on the high school football field to Chris Morris's brilliant "Paedogeddon!" episode of Brass Eye.

Here are some more examples of great comedy sketches that deal with rape culture — and ones that everybody should watch.

1. What If Bears Killed One In Five People?

"You guys know the old saying — bears will be bears!" Jake Johnson gives a great comedic performance in this as someone convinced that something that affects one in five people isn't a serious thing. In comedy, this sort of sketch is known as a "mapping game" — the serious problem of rape culture is highlighted by "mapping" it onto the more ridiculous, but analogous, problem of an angry bear living in your house.

This clever video compares asking for consent to bone to asking someone if they'd like a cup of tea. You would never force someone to drink a cup of tea if they didn't want it; why would you force someone to have sex? Another writer at Bustle found this video to be problematic; I respectfully disagree. The metaphor and the comedy involved is what got people sharing the video and talking about consent — something that, unfortunately, people are sometimes all too reluctant to do.

I mentioned the great Friday Night Lights parody that deals with rape culture above, but this one is even darker, and better — Schumer plays a military shooter game in which her character gets raped, and then she has to deal with the awful bureaucratic mess that that creates. It's so dark, in fact, that it sounds like it couldn't possibly be funny. But it is.

OK, this one is a little cheesy, but I find it quite likable!

A female comedian runs into her rapist at the farmer's market. Funny plus feelings? I'm into it!