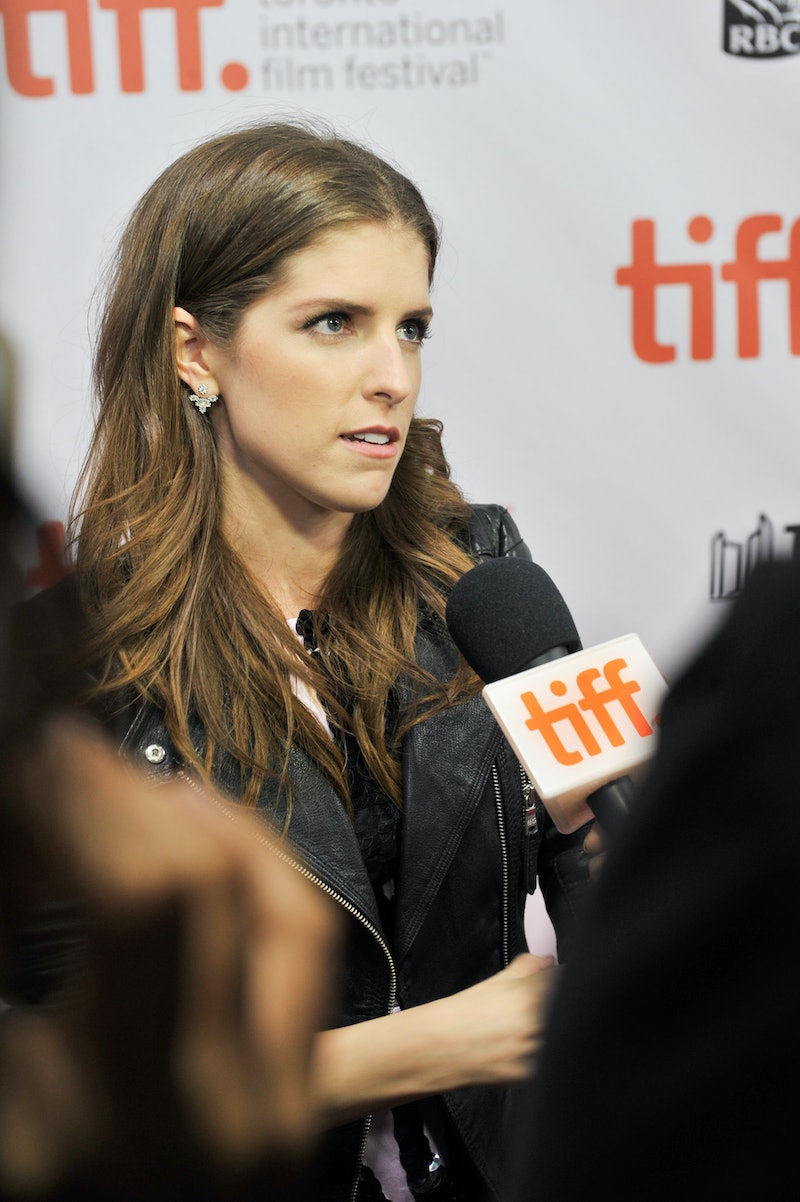 Being a nerd isn’t really the coolest thing to be. At least that is the message that most of us were force fed throughout our adolescent lives. But with more diversity in how women are represented in the mainstream media, there are examples than ever of girls who embrace their nerdiness. Enter Anna Kendrick, who is, for all intents and purposes ridiculously cool. But the thing that makes Kendrick so cool, I would venture to say, is her ability to shamelessly embrace her nerdiness. Which is why, when I watched the new trailer for the Star Wars: Battlefront video game and saw her in it, I just about keeled over with love and adoration. The trailer doesn’t just feature Anna Kendrick playing the game, it features her referencing one of the most famous lines from the trilogy: “If you strike me down, I shall become more powerful than you can possibly imagine.”

Because if this isn’t what every nerdy person needs to feel confident in the movies that she likes and games that she plays, then I don’t know what is. But this isn’t the first time that Kendrick has rocked her smart girl vibes and not been ashamed of it. In fact, the actress has a long history of embracing her inner awkward teenager and loving herself in spite of it. Or, more accurately, because of it.

1. When She Went Full-Out Theater Geek At The Oscars

You might be ashamed of your drama nerd past, but Kendrick isn’t. She rocks that status proudly, using it to perform in front of some of the most famous people in the world. Well done, girl.

2. When She Dressed Up As Every Nerd Girl’s Favorite Disney Princess

If Chloe Moretz hadn’t recently signed on to play the part of the live-action Little Mermaid—and hadn’t been absolutely perfect for the part—I totally would have voted for Kendrick to land the role.

3. When She Starred As Indiana Jones

Seriously, is this girl reliving the movies I secretly loved as a child and have never told anyone about or what? And the fact that she does it with such an amazing sense of humor and perfect comedic timing doesn’t hurt.

If you are not following Kendrick on Twitter, you should be. She will instantly become your Twitter crush and everything that you tweet for the rest of your life will pale in comparison.

5. When She Was Humble Confident

6. When She Had The Same Friday Night Plans As You

Don’t lie. This is how you spent your weekend, too.

7. When She Geeked Out Over Politics

I think it’s more than just her enthusiasm for all things nerdy. Really it’s the absolute lack of ego with which she lives her life. She teaches us all an important lesson about being true to ourselves and confident in who we are. Even the geeky parts.