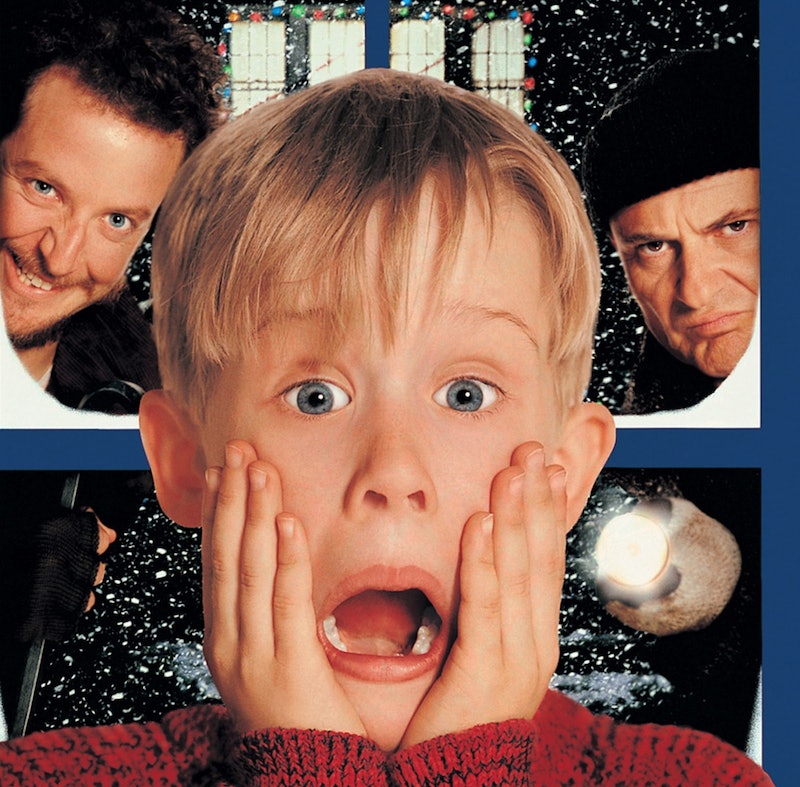 Happy anniversary ya filthy animal! Home Alone is hands down one of the best Christmas movies of all time. Like most people, I watch it every single year around the holidays and it pretty much never gets old. Home Alone hit theaters in 1990, making this the 25th Anniversary of the holiday classic, so I decided to go back and re-watch the film out of nostalgia. After watching it again for what feels like the 100th time, there are still some questions I have about Kevin McCallister's time away from his parents.

Before I dive into my questions, please remember, I am obsessed with this movie. It's wonderful and I understand that if his family didn't forget about him there would literally be no story. Also, some of my questions poke fun at very obscure things and it's meant to be entertaining. Try not to take any of my jesting too seriously. It’s OK that there are not answers to all my lingering questions, but I’m here to point them out anyways. Here are 13 questions I still have about Home Alone 25 years after its original release date. Maybe you have the answers for me, or maybe I will just never know.

1. How Could His Mother Forget About Him?

I know they made it pretty clear how they forgot him with everyone running around the house and miscounting the kids and what not, but I am still so unconvinced that she was halfway to Paris before she realized her child was not there. Along with this question, why were only the parents in first class, and how did none of the kids notice that Kevin was not with them and tell the parents? Clearly one of them had an empty seat that Kevin was meant to be in.

2. Why Is Everyone Such A Jerk To Kevin?

Seriously though! Everyone is so mean to Kevin. I do not blame him for saying he doesn't want to see any of them again. I feel you, Kevin.

No really? Where does he even come from and why are they letting him dig through other people's stuff in the van?

4. Why Would The Store Sell Non-ADA Approved Toothbrushes?

Remember when Kevin goes to the store and asks if the tooth brush is approved by the American Dental Association? Why is this even up for debate? Where are you selling non-ADA approved toothbrushes?

It looked so good and he was so close to diving into the cheesy goodness when he was so rudely interrupted. I just want to know if he ever got to eat that delicious dinner.

6. If He Was So Incompetent How Did He Booby Trap The House?

I'm in my 20s and I guarantee I could not set up the house as good as he did. So I have to wonder how he could possibly contrive those traps if he can't even figure out how many different outfits he needs on a vacation.

7. Why Didn’t The Burglars Ever Give Up?

To be honest, as a burglar, I would have given up the minute a nail went into my foot or the second all of my hair was torched.

8. Why Did It Take The Cops So Long To Get There?

He called the cops relatively early to when they actually arrive. How did it take them so long to get there?

Why would you not look down at where you're stepping after you've already stepped on a nail?!

10. Who In The Actual Hell Are These People?

The mom gets into a moving van and goes along with a bunch of strangers just to get home literally one minute before the rest of the family. Also, when John Candy was describing all the terrible men in the truck with them, I probably would have gotten out.

There still may be a rouge tarantula walking around the house. We never see it again after it was crawling on Harry’s stomach.

12. How Long Did It Actually Take Kevin To Clean Up?

Think about all the booby traps that were set: The greasy stairs, the burning doorknob, the blow torch, the sticky basement stairs, the crushed ornaments, etc. How long did it take to clean it all up? Hours? Days?!

13. Why Doesn’t He Tell Anyone What Happened?

He tells them all about his grocery shopping adventure, but not about capturing two burglars? If I was trying to prove that I was competent, I would be bragging hard about taking down two grown men.

Whatever the answers may be, clearly it’s not stopping me from watching over and over again.