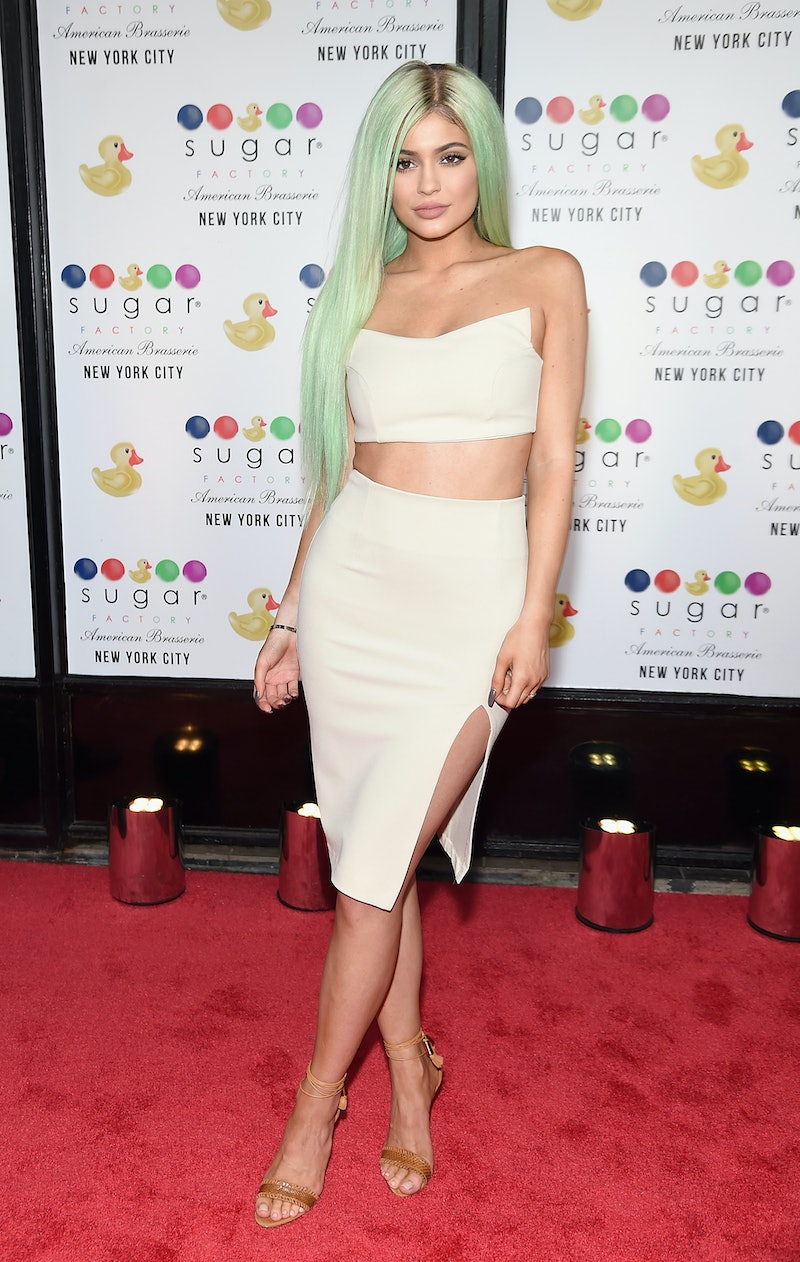 She gets and she gives because it's all about reciprocity, baby! Kylie Jenner got a hip tattoo, courtesy of NYC-based celeb tattoo artist Bang Bang, who is known for allowing the A-listers he inks to turn the needle on him and to give him a tattoo. The teen got what appears to be a tiny script tattoo on her hip, right above her butt. She then returned the favor, inking Bang Bang.

While handing a tattoo gun over to someone who is inexperienced might raise a plenty of legal and hygiene questions, Jenner was merely acting as is customary in this shop. It was all about karma and bonding with her tattooist!

Jenner was in town supporting Caitlyn Jenner at Glamour's Women of the Year Awards. The teen dressed super casually in black leggings, black sneakers, and an oversized denim jacket at the event, but more on that in a second.

As of press time, Jenner hasn't fully debuted the new ink on her busy social media feeds. But she did share the process via Snapchat. I'm sure she will show off her new artwork sooner than later, so we can see what it says and further speculate about its meaning.

From what I can tell from these super quick clips, it look like a short phrase on her hip.

There's Jenner, laying on her belly and getting a new permanent accessory.

Here she is mid-process, with the buzz of the tattoo gun ringing out into the night.

Here's the reality queen, serving as a tattoo apprentice!

Later on at the Glamour Women Of The Year Awards, Caitlyn slayed with her royal blue gown, while the youngest Jenner daughter was super street chic with her ensemble. She balanced her jean jacket's bulk with the skinny cut of her pants.

Jenner's jacket was super '80s but it was so darling on her. She looked like such a proud daughter in this photo. If you are inspired to copy her coat, as opposed to her tattoo, here are a few recommendations for you.

You can rock Jenner's street style with this oversized, light wash jacket. ($85, topshop.com)

A darker rinse, boxy denim jacket is a classic piece that will go with anything and everything that's already taking up space in your closet. ($33, forever21.com)

Madewell's oversized jacket has a vintage, "I stole this from my boyfriend" vibe. ($128, madewell.com)