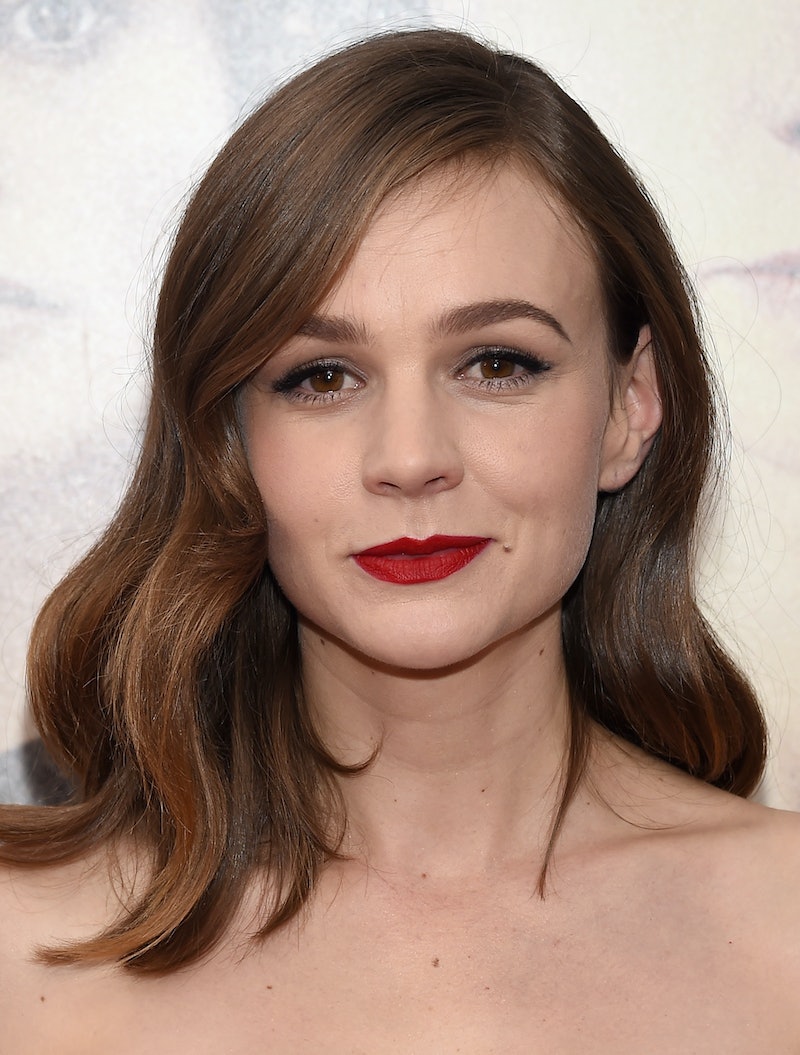 As a millennial woman living in 2015, it's hard to imagine living in a time when my vote — and my voice — wouldn't be accounted for. I've voted in two presidential elections as an adult, the first of which was a hugely important moment in my life. In 2004, as a freshman in high school, I gave a speech in my social studies class about how I wished a senator from Illinois would run from president. Of course, Barack Obama did run for president four years later, and I was able to meet him on an impromptu visit he made to the ice cream shop I worked at. That same year, I voted for him. But of course, if I was a woman at the turn of the twentieth century, I wouldn't be giving speeches about potential presidents, and I certainly wouldn't be voting for them. Suffragette , the 2015 film starring Carey Mulligan and Meryl Streep, delves into the lives of the females who fought for a woman's right to vote in the UK.

At the Los Angeles premiere for the film, British director Sarah Gavron said to me: "[The film] reminds us how important the vote was for women, and how important it is to use it — how precarious those rights are. You're coming up to an election, and if your people don't stand up and be counted, they won't be represented by government. When the suffragettes got their vote in 1918 and fully in 1928 in the UK, there was a whole lot of legislation that came in that transformed women's lives. They finally cared about women because they were voting."

The film is currently in the midst of a 19 day initiative, known as #Suffragette19, which aims to drive attention to the current state of women’s equality. The initiative reminds us that, "women campaigned for more than 50 years — many of them arrested, beaten, and tortured — to ensure a future where women had a voice. In the U.S., their sacrifices led to the eventual passing of the 19th Amendment, which granted most American women the right to vote in a country where they previously had no rights over their homestead or even their children."

In this exclusive clip from the film, now in theaters, we see Mulligan and Streep talking about the importance of their characters, and why they tackled their respective roles. Watch the exclusive Suffragette clip below: