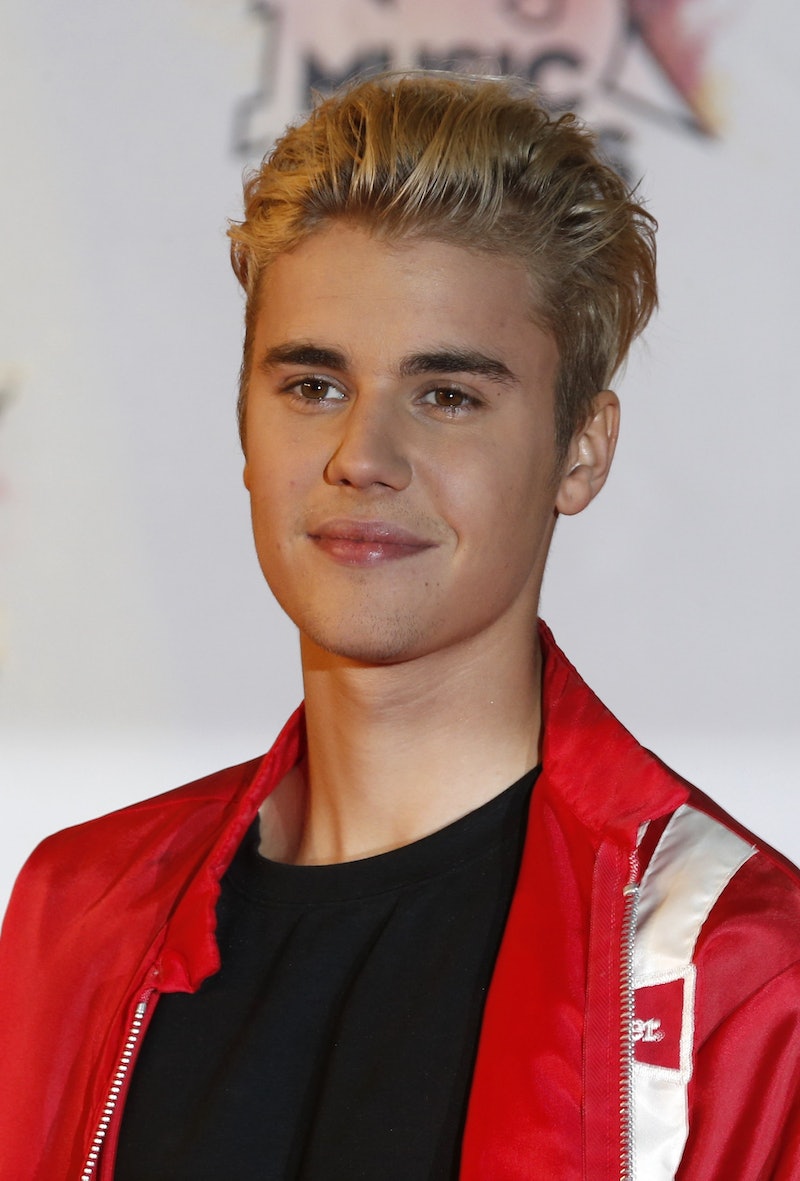 If you follow Justin Bieber on Instagram and checked your stream lately, you probably noticed that the 21-year-old posted a screenshot of his sudoku game on Tuesday. Nothing out of the norm there, right? Until you get to his caption, that is. Bieber shared advice about using sudoku to exercise your brain, and shockingly enough, it's actually good advice. And honestly, my mind is blown. Obviously, a certain degree of intelligence is assumed with any artist who's able to cultivate such a hugely successful career, but I'm pretty surprised at how wise a statement he made.

Because let's be real for a second: Over the past few years, Bieber has said and done a lot of crazy things, but it does seem like he's come full circle, especially if he's thinking about playing brain games to improve his problem solving skills. Correct me if I'm wrong, but most people his age aren't even worrying about that kind of thing, right? But for Bieber, it's important that he stay on top of his game, so I get why he'd want to keep both sides of his brain in good shape, even at a young age. I'm just surprised that kind of wisdom came from the same dude who egged his neighbor's house.

But as surprising as it is, it's not the first time Bieber's doled out some sage wisdom. If you dig deep enough, you'll see that when Bieber talks, he actually has some pretty interesting things to say.

When He Gave Advice To Tori Kelly

It may have been awhile since Bieber was new to the music scene, but it sounds like he remembers what it was like. When he attended new artist Tori Kelly's album release party, he dispensed some smart advice on handling the beginning of her career based on his own experiences. Kelly said:

He was very mature and very wise. And I was just telling him, "How did you feel when you put out your first album? Like, how was it?" Because I’m freaking out right now. And he was like, you know, "You've just gotta appreciate all these people here supporting you and like that's what it's about. It's about the people and it will go by so fast."

When He Got Real On The Ellen Show

As you probably know, earlier this year, Bieber made a series of appearances on The Ellen Show in order to make amends for his erratic behavior, and it worked. It was easy to love him with someone like Ellen DeGeneres on his side, and after admitting he was nervous about being on TV again after taking such a long break from making appearances and knowing people were disappointed in him, he had no problem getting real on camera.

To protect the little ones in his life who aren't interested in seeing his bare butt on Instagram. Props, Justin.

When He Realized That Kindness Kills

And that's way more effective than arguing or doing something crazy to get people's attention.

Good job, Bieber. I'm off to go do some sudoku, and maybe even a crossword puzzle. Thanks, man.