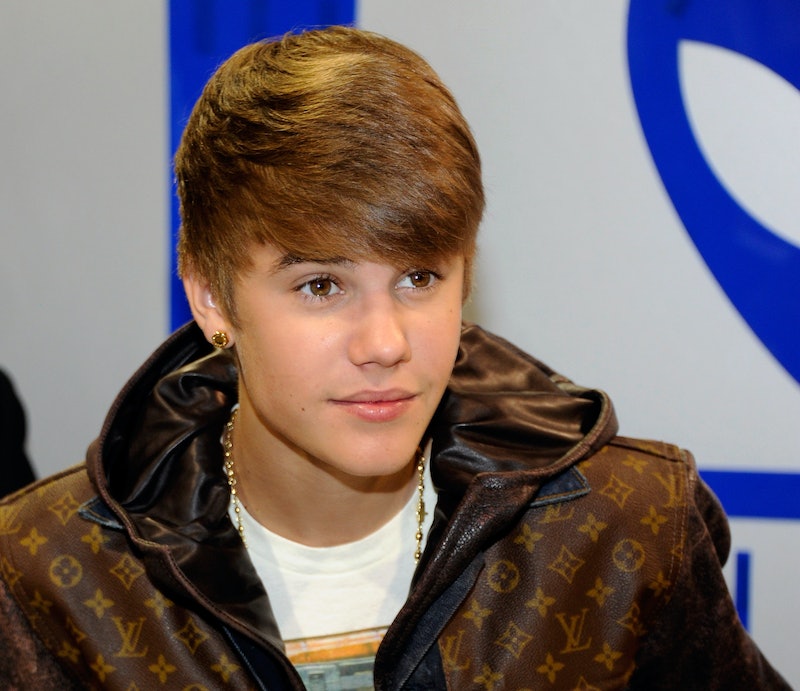 Oh, Justin Bieber and the things that he does. Rolling Stone reports Justin Bieber has been charged with a misdemeanor for that egging incident from January that we're still talking about. It appeared earlier that Bieber would be charged with a felony for vandalism, but it looks like he's not going to be heading to prison, after all. So what's next in Egg-gate 2014? Is it Orange Is The New Bieber? And more importantly, should he pack his bags for Canada after he's arraigned at 1:30 PST at the LA County Superior Court?

Nope, not yet. A misdemeanor will not mean deportation to homeland Canada — he would have needed to have been convicted of a felony in order to be sent back to the Great White North. However, if Bieber does commit a felony in the near future, his status in America could potentially look grim.

But rest assured, beliebers, as Bieber has been making attempts clean his act up. Remember his recent baptism? If that doesn't say, "I'm a clean, new, religious person!" then what does? Selena Gomez has also been helping the Biebs clean up his image, so that's gotta be somewhat helpful, right? So if you beliebe hard enough, a fresh, clean, non-felon Bieber could be in your near future.

But let's not get our hopes too high. All Bieber has to do now is write a hefty paycheck from his jacked bank account and move on with his life. And now, maybe we can move on with our lives, too, since the egging debacle has been settled once and for all.

More like this
Selena Gomez Is Fine Being Single, But She Still Manifested Romance On 'SNL'
By Martha Sorren, Jake Viswanath and Jack Irvin
Selena Gomez Explained Why A Past Album Cover Made Her Feel “Really Ashamed”
By Grace Wehniainen
Justin & Hailey Bieber's Bond Is "Unbreakable" Amid His Ramsay Hunt Diagnosis
By Bustle Editors
Travis Alabanza On Not Fitting In
By Sam Ramsden
Get Even More From Bustle — Sign Up For The Newsletter