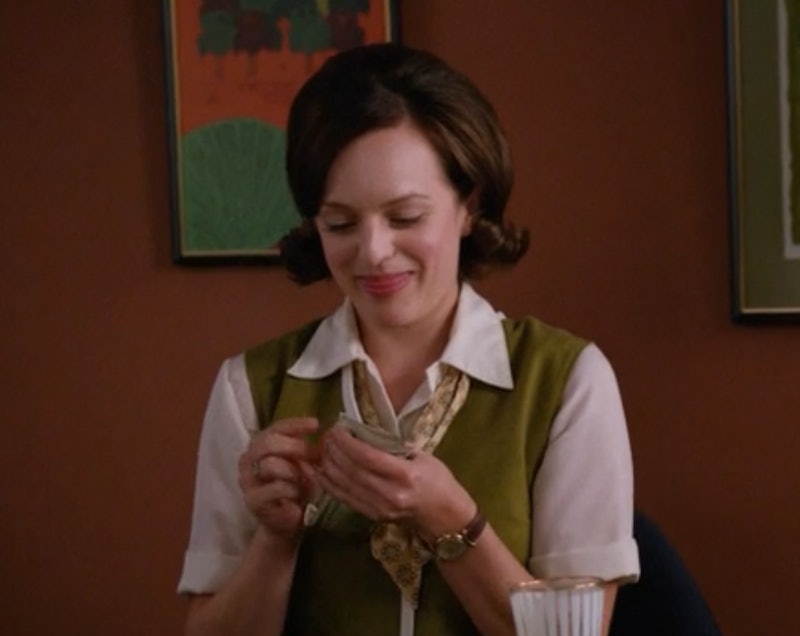 You know how sometimes, in a fit of adultiness, you decide that you're finally going to figure out your life and ask yourself all the difficult adult questions you've been avoiding — like, should I get a 401(k) or an IRA? Should I get renter's insurance or just keep crossing my fingers? Should I cook myself some roasted beets with quinoa for dinner, or just continue eating this bag of gummy worms that I've had going since 11 a.m.? You know what I mean — the important stuff.

And good on you for asking yourself these questions (and being open to increased quinoa consumption). But in order to truly get your life in order, you need to be asking yourself the right adult-ish questions. And "should I get a 401(k) or an IRA?" is generally not one of them. Not because it's a silly question, but because most of us can't simply pick between starting a 401(k) or an IRA.

Why? Well, 401(k)s and IRA are both retirement savings plans that help you save and invest money now, so that you'll have a good nest egg of savings to live off of when you retire. However, 401(k)s are only obtained through your workplace — so only people whose companies have set up 401(k) programs can get one. Meanwhile, pretty much anyone can open an IRA.

So if you're looking to start saving for retirement and get into some serious financial adulting, ask yourself these questions instead: what exactly is a 401(k)? And what's an IRA? Does my company offer a 401(k) ? How do I set either of those accounts up? Will this article contain enough finance information to make me look smart at parties? All these questions will be answered in time, my friend — in fact, they will be answered immediately below this introduction!

What Is A Retirement Fund?

On its most basic level, a retirement fund is an account filled with money that you can't touch until you're retired. That money may have been saved by you in the past, or it could be provided by someone else, like an employer who offered you a pension plan. Years ago, many people had pensions through their jobs, which are "defined benefit plans."

In plain English, that means that people with pensions are guaranteed regular financial payments from their former employers throughout their retirements. Their retirement payment amounts are generally based on how many years they worked for their employer, and they don't have to put away any money in advance in order to receive pension payments down the road.

Pretty sweet, right? Unfortunately, most jobs don't offer pensions any more (although most public and civil servants like police officers, firefighters, and public school teachers do often still receive pensions today — so if you work at one of those jobs, feel free to stop reading here and throw all the cash in your wallet over your head like confetti for a moment. It's cool, I'll wait).

Today, your options for making sure that you have money in retirement will more likely involves 401(k)s or IRAs.

A 401(k) is a retirement savings account that you set up through your employer. It's what is referred to as a " qualified employer-sponsored retirement plan" — the 457 and the 403(b) are also examples of this kind of account, but the 401(k) is the most common.

So what exactly is a 401(k)? It is an investment account designed to help you save for retirement. Unlike pensions, which guaranteed a certain pay-out to employees and put the burden on coming up with that cash on the employers, 401(k)s are "defined contribution plans" — meaning that how much money you receive in retirement is dependent on how much money you put into your 401(k) while you were working, and also the fluctuations of the stock market and other financial factors.

But even though they're not pensions, 401(k)s are pretty cool. They're investment portfolios, which means that your money is invested in a mix of stocks, bonds, and other stuff — so they do have the potential to yield way more money than a traditional savings account, which only offers interest on the money that you have deposited. Since most 401(k) plans let you choose from a few investment options, they can also be a good way to learn the basics of investing.

Also, 401(k)s don't charge you any taxes on your money until you begin withdrawing from your account, in your retirement — you don't have to pay taxes on any of your money as it grows through the years, so you have more profit than you would in an investment account where you had to pay taxes each year on any profit you made.

You can contribute up to $17,500 to your 401(k) each year (more if you're over 50). And many employers will match your contributions up to a point — you can experiment with the details of your plan with this 401(k) employer match calculator to find out exactly how much extra money your employer may be willing to contribute to your account.

One drawback to having a 401(k) is, like any investment, a bad turn of the market can lose you a lot of cash. But since you're saving for your retirement, which is probably about 40 years in the future, some ups and downs are natural, and if your 401(k) takes a hit due to market changes, don't freak out or feel totally desperate.

You also aren't supposed to take money out of your 401(k) before you retire — if you do, you'll have to pay an "early withdrawal penalty," as well as taxes on the money that you withdraw, so this kind of account may not be a great option for you if you're looking to have access to your money in the near future.

How Do You Set One Up?: You can find out if your company offers 401(k)s by contacting your HR department; if they offer them, they'll have the info about how to set one up.

What Is An IRA?

IRA stands for "individual retirement account," and is similar to a 401(k) in that it allows you to invest money for retirement. Anyone can open an IRA, provided that they're under 70.5 years of age. There are two different primary kinds of IRAs — traditional IRAs and Roth IRAs.

In a traditional IRA, you can contribute money now without being taxed on it, and some of the money you put into your IRA account will likely be tax deductible. You also won't be taxed on the money as it grows over time — but you will be taxed when you remove the money after you retire.

Alternatively, in a Roth IRA, you contribute money now from your after-tax income, and don't deduct those contributions on your taxes — with the payoff being that you don't have to pay taxes when you withdraw your money upon retirement.

You don't have an employer to match your funds when you have an IRA, obviously — the only thing that shows up in your IRA is what you put in your IRA. There's also a cap on how much money you can put in your IRA each year — generally $5,500 annually (unless you're over age 50). There are also some annual income limits regarding who is allowed to open a Roth IRA; almost anyone can open a traditional IRA.

IRAs aren't exclusively for people who don't get 401(k)s at work, however — some people have active IRAs in addition to active 401(k)s because they want to diversify their retirement investments, save more money than either of the accounts alone would permit them to, or other reasons.

How Do You Set One Up?: You can start with the bank where you have your savings account if you like, or do some research and set up an account with another bank — lots of financial institutions offer IRA programs.

Compound interest means that your initial money has earned interest, and then that additional money has earned even more interest, netting you extra money with no extra investment or effort. As you can see if you mess around with this compound interest calculator, $10,000 in an account with a five percent interest rate will be worth $43,219.42 in 30 years, but $10,000 will only be worth $16,288.95 in 10 years. Basically, your money has money babies if you just give it enough time to lie around.

So while it's great to be fully informed about the retirement investment choices that you make, it's most important just to make sure that you actually make them. Don't stress out so much about picking the right plan that you never actually get around to opening a retirement account — just concentrate on starting to save money now. Now go get yourself some of those gummy worms — you've certainly earned them.