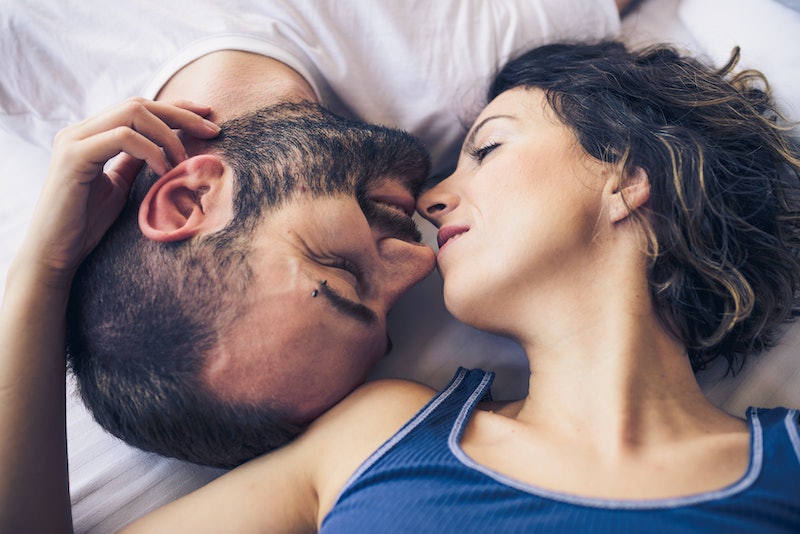 First-time sex can be hella awkward. Actually, scratch that: having sex for the first time with someone new is almost inevitably awkward, which is probably why so many dates involve a couple of cocktails. There’s just no way to know how it’s going to go until you’re both naked and getting it on. That’s when it comes out that your new partner thinks that kissing involves biting your lips so hard that they’re swollen for weeks afterward or, after you’ve been going down for like, 30 minutes, that they don’t actually like oral. Then there are questions of where, exactly, your limbs should go or if they actually like to be touched like that or if they’re going to spend the night or, or, or…. You get the idea.

But what if I told you that there’s one thing you can do to dramatically reduce the awkwardness of first-time sex and make it like, a million times better? Yup, you read that right: A MILLION! (OK, maybe I’m exaggerating a little bit, but only because I can’t actually quantify how much better the sex will be but want to make it clear that it’s a lot.) All you need to do to make first-time sex so much better is ask this one question: “What do you like?”

That’s it! Really! It’s a question that can come up at a few different times: flirting over dinner, in between kisses in the cab home, even when you’re both naked and rubbing up on each other. It can even be a sexy part of foreplay or the sex itself if you alternate between actions (like touching someone on a new body part or giving them a little love bite) and asking if they’re into it. (Bonus: it’s also a super hot way to continuously ask for consent when you’re with someone whose boundaries you don’t know yet.)

Asking “What do you like?” or the sister questions, “What are you into?” or “Do you like this?” gets everything out on the table. It’s a great way to establish whether or not you’re going to be sexually compatible or if, for example, they’re really into something that you’re not ever, ever going to be into. It also helps you skip over some of the awkward getting-to-know-you sex that is almost inevitable when you’re with someone new. Instead of mincing around each other, trying to see if what you’re doing works, you can get right to the good stuff.

And you know what will also probably happen if you ask a new lover what they like? They’ll ask it right back! That gives you the opportunity to share what you’re into, which dramatically reduces the likelihood that you’re going to end up suffering through subpar sex.

Now, that’s not to say that you’re not going to have to do the work of figuring out what a new lover is into by trial and error. Asking “What do you like?” is simply the first step toward awesome sex, not the only thing you have to do period. But seriously: try it next time. I think you’re going to discover that you get to where you want to go so, so much more quickly.