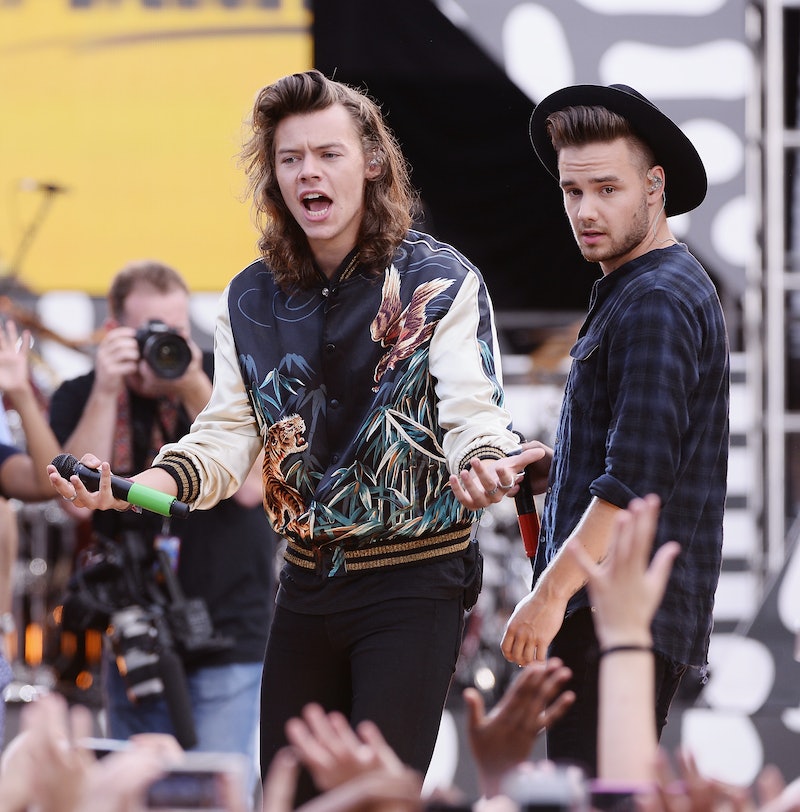 Writing about pop music is a pretty cool job, especially when it involves one of my favorite bands. Not only do I get to wax poetic about One Direction's "Love You Goodbye" (it's been on repeat since it dropped, guys), but I also get to make "Perfect"-themed One Direction GIFs. When it comes to ranking One Direction's pre-hiatus albums, however, things get a whole lot tougher.

It's like picking favorite children or favorite Harry Styles solos. They're all exceptional in their own special way. How can I be forced to choose? Yet, here I am, picking between them, and, since I do love all of One Direction's albums, it's time to do a deep-dive. As a reminder, I love all of the albums — but there can only be one absolute favorite. My decision will be based on the songs themselves, the overall cohesiveness of the album, and where it falls in the grand evolution of One Direction's sound. This is serious stuff.

Dust off your iTunes (who am I kidding, if you're like me you probably still listen to Up All Night on a regular basis) and let's get to analyzing! Here's the (un)official ranking of One Direction's pre-hiatus albums.

Midnight Memories produced some of my all-time favorite One Direction songs — "Story of My Life," "You and I," "Something Great," "Right Now," and "Happily" — but, overall, the album felt disjointed and was a slight letdown following Take Me Home. The title track lacked originality, and, while "Best Song Ever" is perfect for the arena setting, for me it fell flat as a lead single. At least we'll always have Zayn Malik's glory note.

Up All Night is home to One Direction's biggest hit, "What Makes You Beautiful," but it has a lot of other great moments as well. It features the simplistic, yet great "One Thing," as well as the emotionally charged "More Than This," and the power ballad "Moments." For a debut release, Up All Night is a solid pop effort.

Take Me Home was once called a "pop masterpiece," and rightfully so. With the carpe diem-tinged "Live While We're Young," the wistful Ed Sheeran-penned "Over Again," and the energetic "They Don't Know About Us," TMH has something for everyone.

From the first piano chords of "Steal My Girl," Four is the pop-rock album we waited years to hear. Arguably one of their most cohesive projects, One Direction gave us anthem after anthem, posing such questions as "Where do broken hearts go?" and "Does it ever drive you crazy just how fast the night changes?" Of course, this was Zayn Malik's last One Direction album, but at least we can treasure him shining on such songs as "Steal My Girl," "Ready to Run," "Spaces," and "No Control."

This might be an obvious choice for the top pick, but #factsonly. Four set the bar pretty high, but One Direction was more than up to the challenge. Filled end-to-end with soft rock hits, Made in the A.M. might have been made after-Malik, but that doesn't diminish its quality. "Perfect" was the alleged Taylor Swift breakup track fans pined for, while "Drag Me Down" set the course for their new sound. MITAM continues the trajectory of more mature pop set by Four, but One Direction stays true to its core. "Love You Goodbye" is a classic 1D power ballad, "Infinity" was made for stadium shows, and "End of the Day" is a playful perfection.

One Direction is kicking off their hiatus on a very, very high note. And when they come back, I'll be waiting.