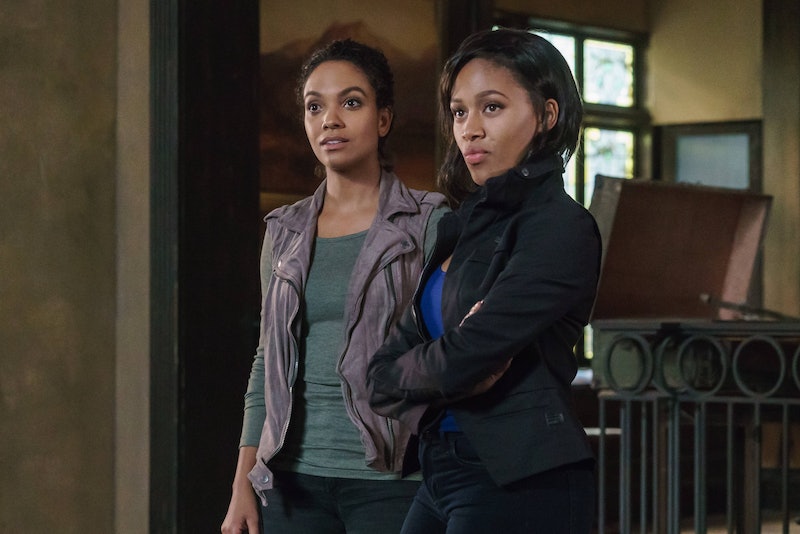 When two characters have instant chemistry on a TV show, it's only a matter of time before fans want to see them end up together. This is just an inevitable fact of life, and something that Sleepy Hollow 's Ichabod and Abbie can easily relate to. Ever since these two Witnesses teamed up for their first demonic takedown, we've watched and waited to see if this special friendship would transform into anything more. (So far, to no avail.) But even though there's still a chance things could eventually take a romantic turn, not everyone is a full-blown Ichabbie supporter. In fact, during a recent interview with Bustle, Lyndie Greenwood, who plays Jenny Mills on Sleepy Hollow , weighed in on the subject matter and revealed why she thinks these two partners are better off as just friends.

"Romantically, I don't think so, no," Greenwood says about whether Ichabbie is the show's OTP. "I really love their friendship dynamic and I think personally, if they were to become romantically involved it would sort of cheapen the relationship for me." Though she herself isn't a 'shipper, that doesn't mean the actress doesn't understand why this duo has such a huge following. "They have such great chemistry," Greenwood admits. "I can see why people go there." However, this sentiment draws focus to an important topic of why we as a society feel the need to constantly turn male and female friendships into something more.

"I think a lot of times we're not used to, on TV, these strong relationships between hetero males and females that doesn't lead to something like that, but I think there's room for it," Greenwood says. She herself has many close male friends that have never become anything more. "I think it's a good relationship to explore and develop," she adds. And while I admit to being a huge Ichabbie supporter myself, I can't deny that she has a good point. Just because two characters share a deep connection with each other, doesn't always mean it should always turn into a full-blown love affair. A meaningful friendship can prove to be just as special as any romance.

So while you can still feel free to fiercely 'ship Ichabbie, just know that if, for some reason, these two characters don't end up together, it won't take away from what they have. There are many ways the world could come to an end on Sleepy Hollow, but the elimination of an Ichabod and Abbie romance shouldn't be one of them.