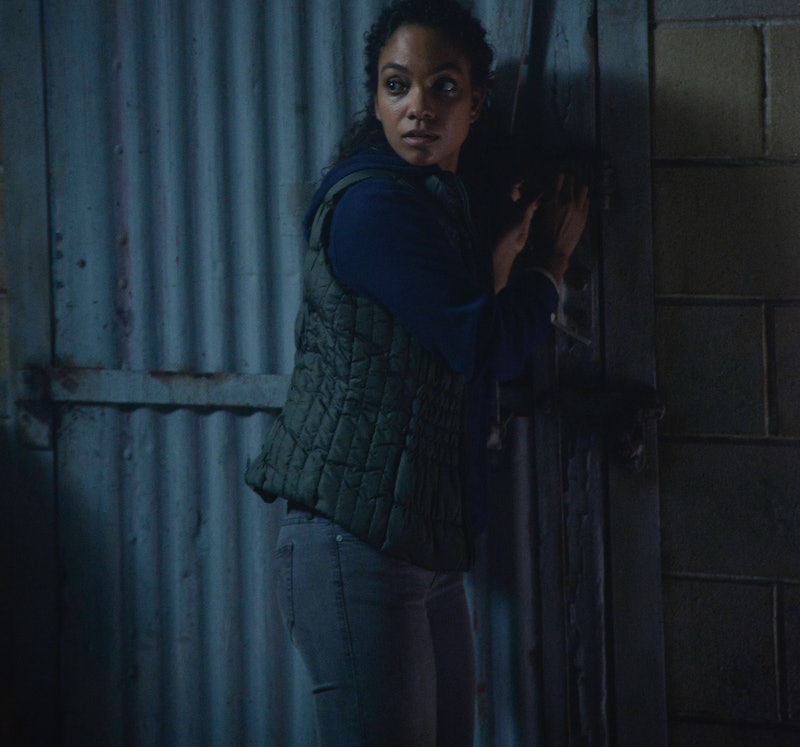 In the premiere episode of Sleepy Hollow Season 2, there was only one question that I needed answered. Is Jenny Mills still alive? As we remember from the Season 1 finale, Jenny's life was left hanging in the balance after the Headless Horseman blew up her car and left her unconscious in the remains of the wreck. Sure, that was only one of the numerous horrible situations that the main characters ended up in after the jaw-dropping finale of Season 1, but it's the one that tugged at my heartstrings the most. Even knowing that Lyndie Greenwood had been upgraded to series regular didn't take the sting away from seeing my poor Jenny like that. Thankfully, the Sleepy Hollow season 2 premiere revealed that Jenny Mills is alive but not well. At least, not at first.

Jenny had been captured by Jeremy Crane aka Henry Parrish aka the Horseman War, who needed to read her sins in order to find Benjamin Franklin's key. In true Sleepy Hollow fashion, there was a supernatural twist on the old story of Franklin discovering lightning. Turns out, he didn't tie a key to a kite to experiment with lightning. He tied a key to a kite because he needed to destroy it since it would allow all the lost souls and demons in Purgatory to walk free. Sleepy Hollow is that kind of show.

Thanks to her bond with Sheriff Corbin, Jenny had information about the key from coded pages of Benjamin Franklin's journal, so Henry wanted her kept alive until he was able to crack the code. However, they severely underestimated Jenny Mills. Jenny not only broke herself free of her bindings and contacted Ichabod to tell him her location, but she also ended up rescuing both of them when Ichabod actually did show up. The entire scene just served to prove that this show just wouldn't have been the same if Jenny Mills had really been killed off.

Even better, Jenny adds something interesting to the Ichabbie dynamic. Because Abbie was stuck in purgatory and in need of rescuing, Jenny and Ichabod got to have their own side adventure on their way to rescue her, introducing how well they play off one another and how effective they are as a team. We've seen Abbie and Jenny work together, we've certainly seen Abbie and Ichabod work together, but it was nice to see Jenny and Ichabod team up for a solo mission. If Jenny is going to be a series regular, that means we'll be seen more Ichabenny (is it too soon to coin that phrase?) moments so it's good to know that Jenny fits in so well with the group.