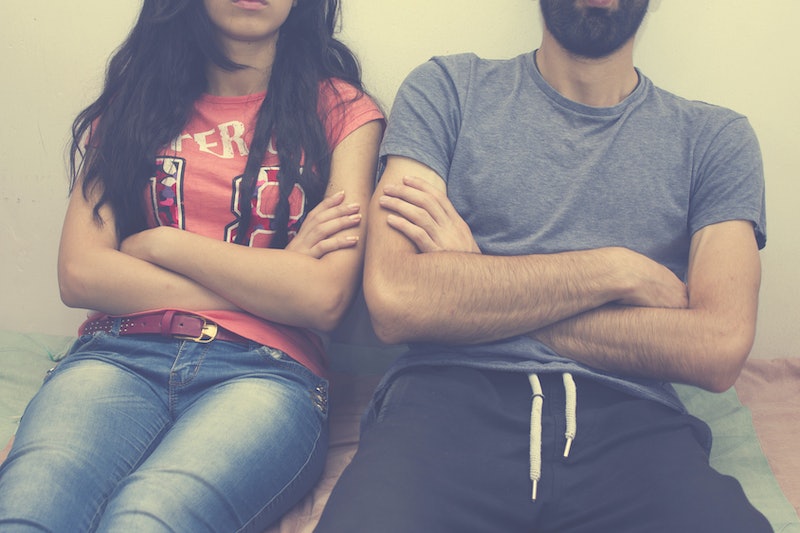 A new survey from Kindara, the fertility awareness app, is a must-see for your sexual health awareness. Kindara previously released the very enlightening survey that focused on how much women want sex (hint: a lot). This new survey has less good news, but it is every bit as important, if not more so because it has some hard-hitting truths regarding our sexual health. December 1 is World AIDS Day, and Kindara wanted to take a lot out how we handle testing and safe sex. The survey looked at a random sample of 500 men and 500 women, asking them about their testing habits and the results were not encouraging.

While a recent British study showed us that three out four people wouldn't voluntarily tell their partner they had an STI, and eight percent wouldn't use a condom even if they knew they had one, the Kindara study shows us that a lot of people have no idea about whether or not they have one in the first place. People just simply aren't getting tested. And it's not OK— but a very, very important reminder that no matter how much you trust your partner, you should put your sexual health first and takes whatever steps necessary to protect yourself, without relying on them.

Trust me, because here's how few of us are actually getting tested:

1. 44 Percent Of Men Have Never Been Tested

Never. Not once, not at all. Nearly one half of men have never been checked. Considering how many STIs can be asymptomatic, it's absolutely terrifying that people aren't going to make sure they're in the clear.

Women were better about getting tested, but not that much better. Thirty percent of women have never been tested, which is still far, far too many. I know that getting tested is one of the most horribly awkward, clinical thing in the world, but it should be a non-negotiable. I completely get it. But you have to. Make an appointment with your friend so you can hold each other accountable and just do it.

3. And It's Even Worse When We Look At How Many Are Getting Tested Regularly

While an upsetting amount of people have not been tested at all, even among those of us that do get it's not a regular thing. Only 34 percent of women and 23 percent of men are tested periodically.

Not only should you be tested before you have sex with a new partner, but there's a window where some STIs will not show up, so if you've just slept with someone new you might need to be tested once and then again a few months later. STIs are a scary thing of course, but they are also treatable. There's no reason to feel embarrassed about your sexual history— STIs don't define you — and getting tested is the best thing you can do for yourself and your partners.

More like this
What Are Swingers? Everything You Need To Know
By Lexi Inks
13 Ideas To Add To Your Sex Bucket List
By Kristin Magaldi
35 Sexy Texts To Send Your Partner
By Griffin Wynne and Carolyn Steber
GIRLI & Q Fell In Love At A Skatepark & Never Looked Back
By Jessica Morgan
Get Even More From Bustle — Sign Up For The Newsletter