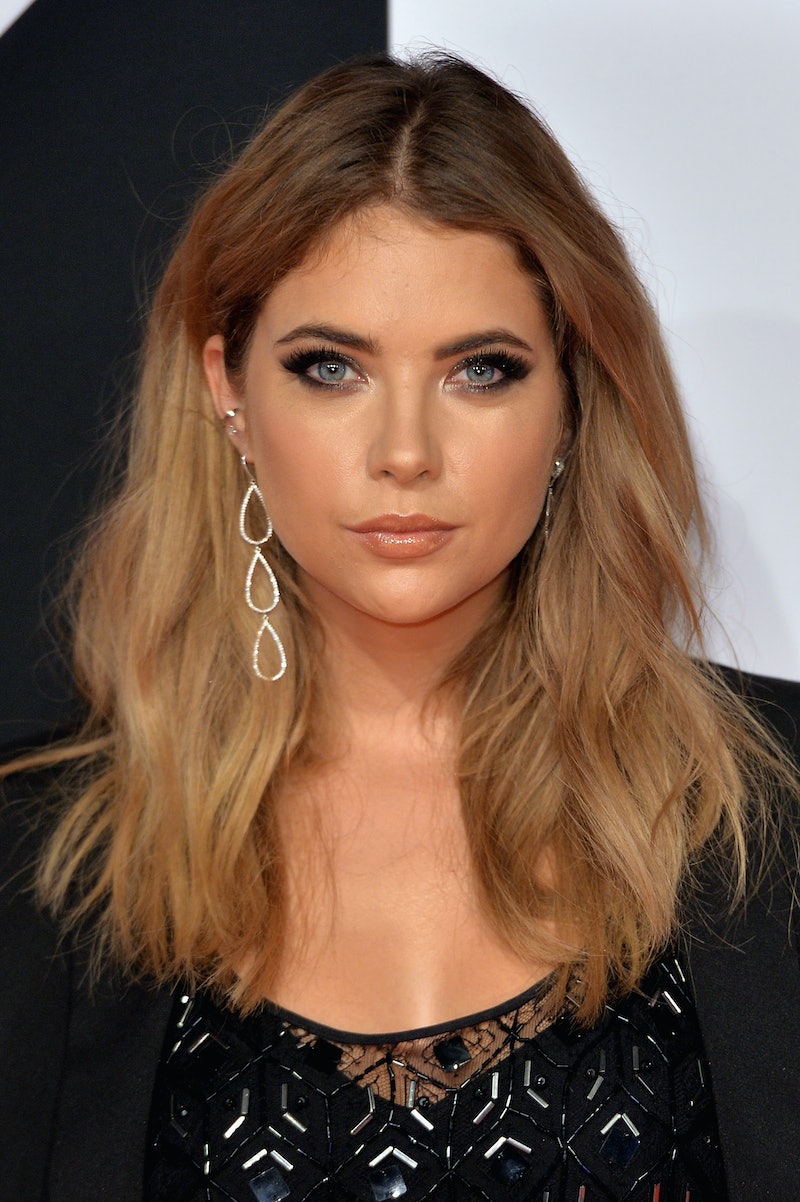 Ever since the pilot episode of Pretty Little Liars, us fans have known Hanna Marin as the diva and It Girl of her clique. But through flashbacks, we learned that this was not always the case, with Alison DiLaurentis bullying her and calling her "Hefty Hanna." Clearly, a major transformation took place, because that girl was a far cry from the one we met in the first episode of the show. Even with such an established personality when Pretty Little Liars began, Hanna Marin has gone through so much and has made many significant changes with her behavior, appearance, and relationships.

Hanna has evolved a lot since episode one of PLL , and sometimes it's hard to know what to make of her. She is a lot of things and they don't always add up. She is an unconvincing liar, who can somehow keep a secret. She is a tough cookie, who somehow ends up trusting all the wrong people. She is the sarcastic one, who is somehow the most kind and generous person in the group. So, how did these contrasting personality traits affect her growth throughout the years? Here's how Hanna changed between Season 1 and Season 6.

1. She Was Went From Being Best Friends To Enemies With Mona

In the first episode, Mona Vanderwaal practically sprouted from Hanna like a limb. She was Hanna's seemingly loyal sidekick who wanted to keep her to herself and away from the other girls. There was a strong love and loyalty between the two of them. This was until Mona became jealous of her friend and did a lot of insane things including fessing up to being A in the Season 2 finale. Needless to say, it makes sense that Hanna is not close with Mona anymore.

2. She Shoplifted To Get Her Father's Attention & Now She Can Speak Her Mind With Him

In Season 1, Hanna was living with her mom and barely saw or spoke to her father, who was remarried with a new step-daughter. She didn't feel comfortable reaching out to him to foster a relationship, so she stole some sunglasses from the mall as a cry for help. She did get some attention, but she was not able to stand up for herself or express her feelings, so she did not get the lasting relationship that she craved so badly. In Season 5, Hanna finally stood up for herself when she told her father that she was upset by him paying for his step-daughter's college tuition and not hers and made some progress with their relationship

3. She Went From Letting Her Mother Cover Up Her Bad Behavior To Covering Up Her Mom's

When Hanna got busted for shoplifting in Season 1, her mother, Ashley Marin, started sleeping with a police officer to get the charges dropped. That's definitely an unconventional parenting tactic, but to each her own, I guess. Hanna returned the favor by trying to make sure her mom would not get in trouble when Detective Wilden was found dead. After security footage surfaced of Ashley leaving the scene after a hit-and-run in the Season 3 finale, Hanna was scared that her mom would get in trouble for murdering Wilden. Then, she convinced Aria to help her hide the detective's car by pushing it in a swamp after it mysteriously appeared in the Marin family garage in a clear effort to set up Ashley. In a weird sort of way, I guess you could say that Hanna is growing up and looking out for her mother more.

4. She Went From Trying To Be The New Alison To Differentiating Herself

In Season 1, Hanna was more than happy to replace Allison as the new Queen Bee. She was all about dominating the school's social life and being the It girl. Then in Season 3, she started to change her appearance by chopping her hair, making her look a little different than her former idol. And in Season 5, she took more drastic measures to be an individual by dying her hair darker upon Alison's return so she would not be considered her understudy in life.

5. She Was Very Concerned About Popularity & Now She Doesn't Care What People Think

After years of bullying from Alison, Hanna was very hard on herself and had self image issues. She transformed her appearance into becoming a fashion plate. She treated people like they were her minions, and she was all about climbing up the social ladder at school and winning awards at dances and yearbook superlatives. Now, Hanna is comfortable in her own skin and is OK with being her own person. She would rather have a few close friends that she can really count on than be worshiped by random peers or have a sidekick as a "best friend." She just does her own thing instead of constantly looking for approval from others.

Caleb is a topic that I can't ignore, but it's also hard to know what to say about him. Hanna and Caleb have been off-and-on and now none of us know what's going on or what will happen when Season 6B begins to air. Their relationship was pretty constant at first, but now its such a roller coaster and it's pretty hard to keep track of. Hopefully, these two figure things out and give us some answers. The one thing that hasn't changed about their relationship since Season 1 is the strong feelings they have for each other, something us loyal fans can take comfort in — for now.

Hanna is the kind of character who is always looking to evolve and move forward. It will definitely be interesting to see what she's like after the time jump in Season 6B. One thing's for sure though, she just keeps getting better and more confident in herself.