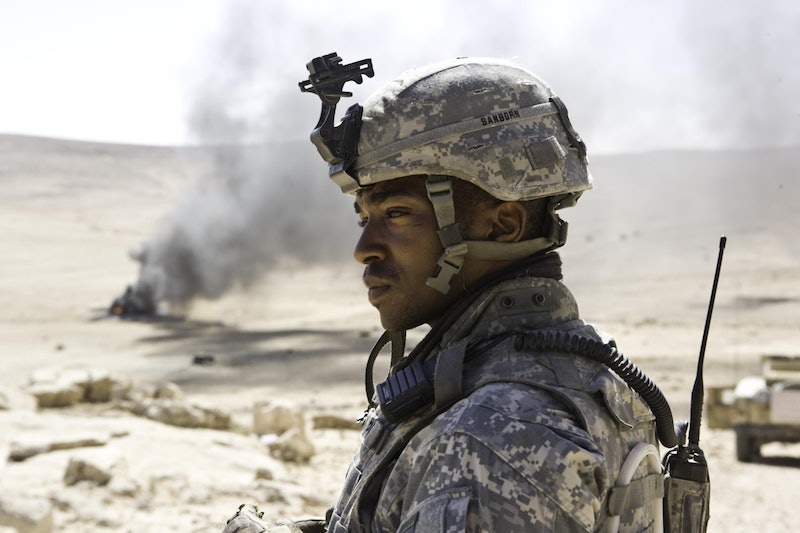 This Veterans Day, there are probably many ways that you want to celebrate. But, if watching a marathon of movies on Veterans Day is in your plans today, I urge you to be mindful of your choices — many movies that depict the military experience do so in a way that is exploitative, and there are too many films out there that show veterans in ways that are damaging or stereotypical. Those depictions, sadly, can contribute to the struggle returning vets face in finding new jobs and settling into their lives back home. It’s more important that veterans are depicted in popular media in ways that normalize their service and show them in a way that is more in line with their actual experiences.

Thankfully, there is “Got Your 6” an organization that was launched earlier this year to honor the films and television shows that portray veterans accurately. The organization strives to highlight “the complex journeys that our men and women in uniform endure.” This year, for example, the organization honored Jurassic World and Gotham, among others, for their accurate depictions of the military experience.

But, thankfully, more and more movies that have come out in the wake of the war in Iraq have done justice to the veteran’s experience. Gone are the days of veterans being depicted as deranged or unstable. Many of today’s war movies show veterans as human beings who are changed — not destroyed — by their experiences.

These seven movies especially show a more complex version of the military experience. These veterans are more complicated but they are also far more realistic.

When Sgt. William James faces the end of his bomb-disposal duty, the palpable tension and stress give the audience a sliver of the strain that today’s soldiers face.

Front and center in this film is not the heroics of an epic war, but the inhumanities and horror that are inherent in it. The military honor two lifelong friends were expecting from the Vietnam War is quickly dispelled when the realities of the war take over.

A film about two veterans whose job it is to inform family members that their loved ones have died. Talk about a movie that shows the true and lasting impact of war.

The way the traumas of war radiate through this family and split them apart is epic and heartbreaking.

Clint Eastwood plays a Korean War vet whose empty life is changed when he is forced to protect an Asian teen.

Take the time to honor the men and women who have served our country today. And,while a movie might seem like an odd way to do it, an hour and a half to two hours might be just what someone needs to become more sensitive to the realities that returning veterans face and just how they are depicted in popular media.