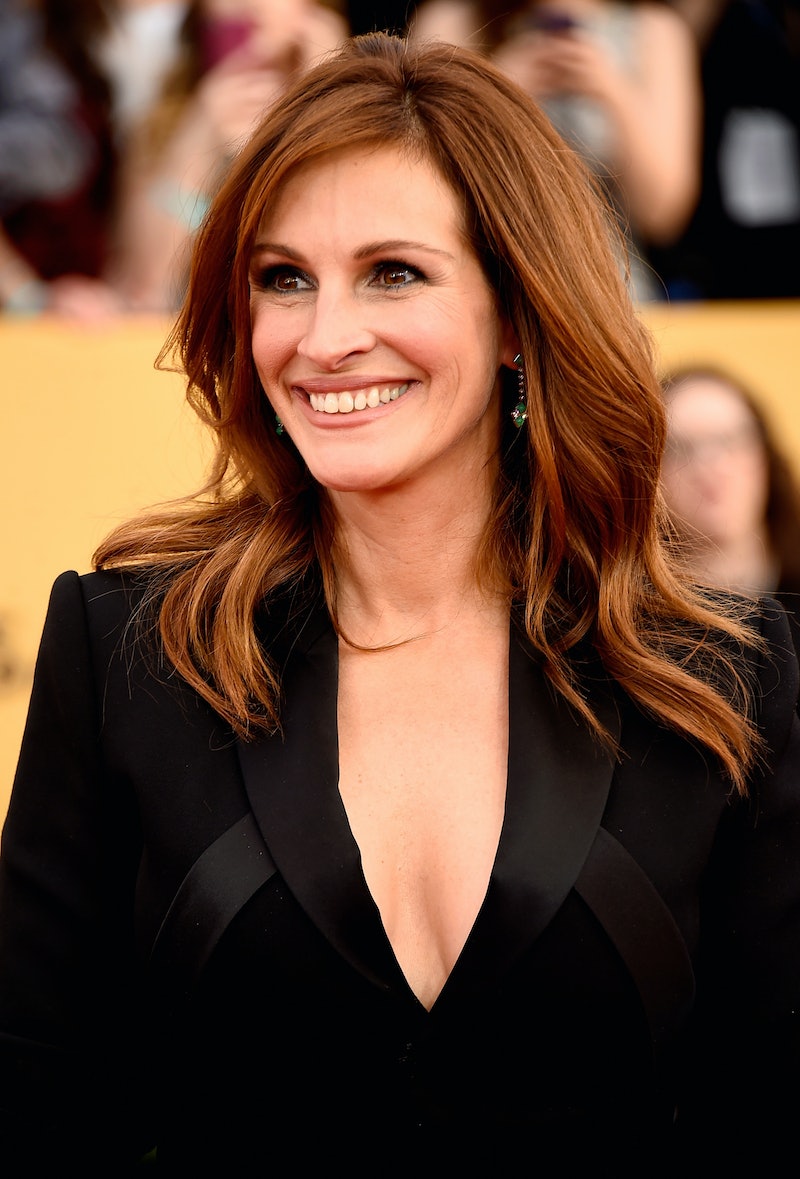 If you needed another reason to adore Julia Roberts, here you go. While chatting with Good Morning America's Michael Strahan, Julia Roberts praised Jennifer Lawrence for taking on the reoccurring pay gap issue throughout Hollywood. After Strahan asked Roberts her thoughts on The Hunger Games actress' wage gap essay, which she wrote for Lena Dunham's Lenny Letter, she said, "I applaud her."

She continued, "She's a young, fabulous, talented whippersnapper and I love that she's stirring things up." I couldn't have said it better myself. The Oscar-winning actress could've ended her praises there and I would be beyond thrilled. However, Roberts kept going and made me even happier in the process. She said,

Amen. Lawrence and her wise words are making the world a better place and hopefully making a huge impact when it comes to gender inequality. Unfortunately, not all actresses agree with Lawrence and Roberts. In an interview with BBC's Newsbeat, Kate Winslet commented about the pay gap and how she doesn't think it's something that should be discussed openly.

Yes, it's as disappointing as it sounds. Winslet explained, "I'm having such a problem with these conversations. I understand why they are coming up but maybe it's a British thing. I don't like talking about money; it's a bit vulgar isn't it?" She added,

I don't think that's a very nice conversation to have publically [sic] at all. I'm quite surprised by these conversations to be honest, simply because it seems quite a strange thing to be discussing out in the open like that. I am a very lucky woman and I'm quite happy with how things are ticking along.

Of course, Winslet is entitled to her opinion, but I side with Lawrence and Roberts in that silence isn't the answer and that our voices need to be used in order for change to happen. With that said, does this mean J. Law and J. Rob (this is how I will refer to her from now on) are going to join forces? Whether it be for a movie or to fight the pay gap side by side, my fingers are crossed.