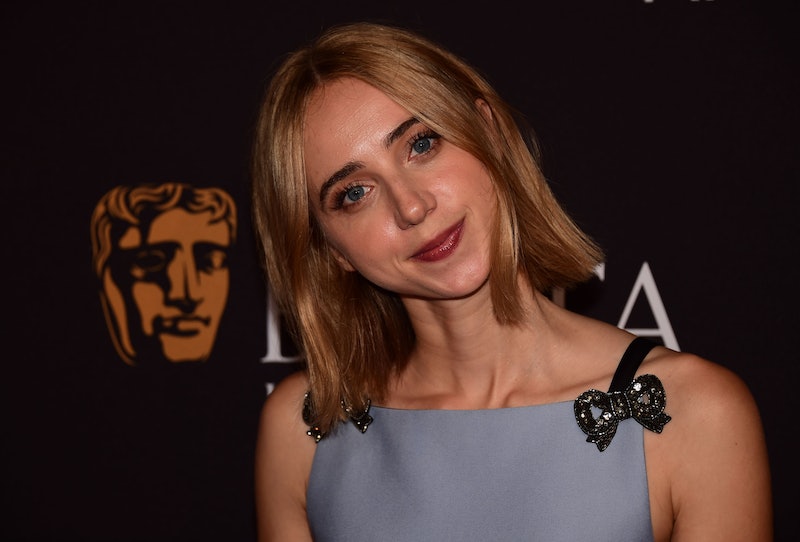 Just when you thought you nothing could make Lena Dunham’s new HBO pilot, Max, sound better Zoe Kazan signs on to play Max's title role, and you realize all of your dreams have come true. Honestly, I can’t think of an actress that is more prepared for the part of Max, who, according to Deadline, is an ambitious writer in the early '60s eager to find freedom in an otherwise male-dominated field. Enthusiastic, misguided, and woefully low-level, Max accidentally finds herself in the middle of a civil rights movement she is unprepared to handle. Given this description of the character and the kinds of characters Kazan has played masterfully in the past, the casting choice seems like a great one.

Just think of the elements involved in this sort of series. Whoever plays Max has to be prepared to play a period character that leads the entire show and nails all of the awesome comedic moments it will require. Luckily for Dunham and the rest of her production team, Kazan has plenty of experience with all three. Just look at some of the roles that she has had that perfectly fit this bill.

In Revolutionary Road, Kazan played the woefully naïve Maureen Grube, a woman who sleeps with a married man on her lunch break and isn’t sure how to feel about it. Set in the '50s, this film also starred Leonardo DiCaprio and Kate Winslet — two powerhouses of talent — but, in my opinion, Kazan totally stole the show. She delved so deeply into her character, a rather clueless woman who clearly doesn’t know what is happening to her, that I didn’t even recognize her as the actress who was also in Fracture and Me and Orson Welles.

But more than just nailing women from that time period, Kazan also has killer comedic timing, as indicated by her roles in films like Some Girl(s)and Bored To Death. There’s a subtle sweetness to her humor that seems like it would be the perfect fit for the character of Max.

And then there was the movie that she not only starred in but also wrote: Ruby Sparks . In this film Kazan proved that she can certainly lead an entire cast of characters. Kazan played the title role in this film as well, a girl created as a character by a struggling novelist whom he thinks will love him.

Whatever conversations went into this casting decision, I’m sure her amazing work in these films were a part of it. Given her talent and her impressive background in similar roles, I can’t think of an actress more prepared to bring the role of Max int our homes and onto our television screens.