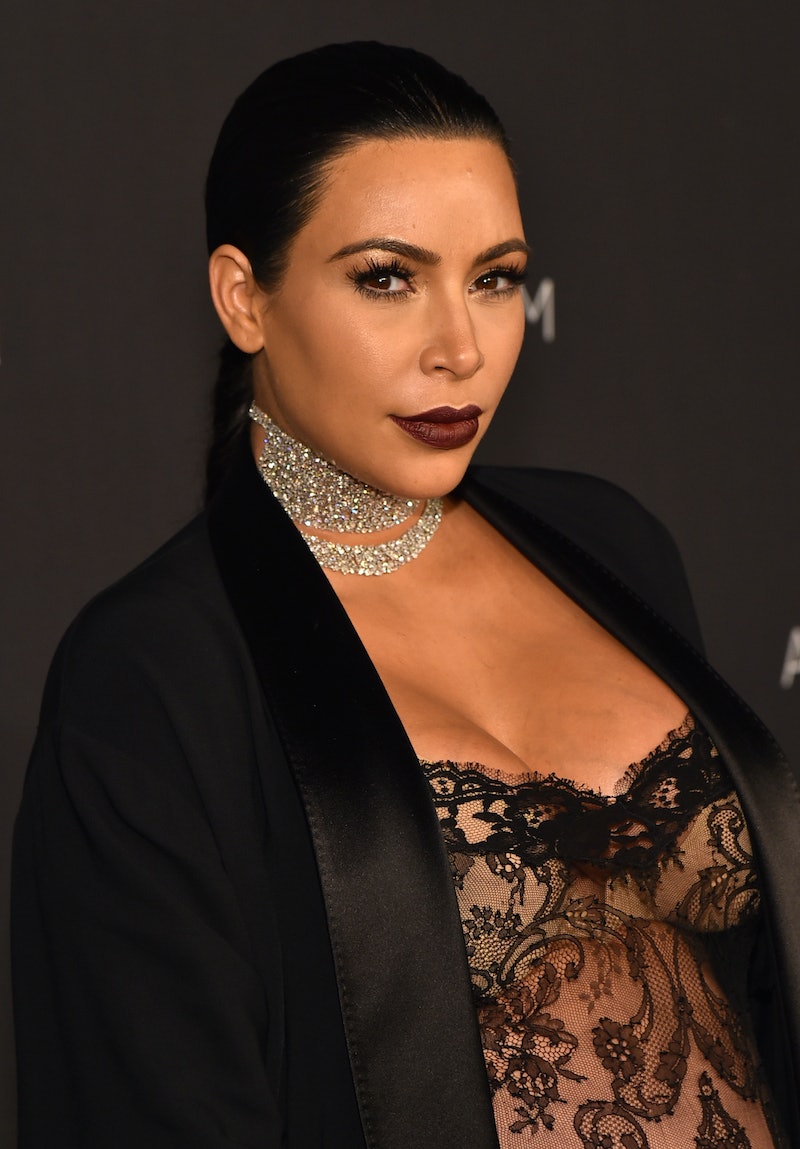 I don't know about you, but I am seriously so excited about Kim Kardashian's second baby. I mean, just look at how the first one turned out! North West is the cutest toddler ever, and her friendship with her cousin, Penelope, is adorable, so I can't wait to see her in action as a big sister. And fortunately, with Keeping Up With the Kardashians coming back this Sunday, it means way more North is in our future, but what about her little brother to be? Will Kim have her second baby on KUWTK this season? There's bad news and good news: Probably not, but that doesn't mean it won't be filmed for next season!

Here's the thing: If you've seen Kim lately, she's still very, very pregnant — and she still has at least a month to go. Being that the new episodes start so soon, it's probably unlikely that they're still filming for this season for much longer. Last week, the cameras were still around, though. Kourtney shared a photo of her and Kendall in a hammock on Instagram, and there was a camera man in the background. Unless they're shooting some sort of crazy hammock modeling shoot, I'd say it's safe to assume those are the KUWTK cameras.

Besides, Kim's due date isn't until Christmas Day, so unless E! happens to keep filming and she has the baby earlier than expected, I doubt that Kanye Jr.'s arrival would be captured for us to see anytime soon. The turn around on filming and editing would have to be pretty fast to air this season, so it'd actually be pretty impressive if they managed to pull it off. I know, it's a bummer, but with how attached Kim is to social media, we will probably have tons of adorable pics of her new little one long before an episode featuring her delivery would air.

And being that the birth of so many Kardashian babies has been a part of KUWTK in the past, it wouldn't be surprising if the cameras were there to capture it for next season. Sure, that means that it'll be awhile before we'll actually see the baby's birth, but it'll be worth the wait. And if they decide against it? It's probably for the best. Kim had such a hard time conceiving that if her family wants to keep this moment private, I don't blame them. This is so special for them!

In the meantime, I'll be glued to social media, waiting for Kim to announce that she has a new baby to share with the world. And, you know, whatever probably ridiculous name she chooses. That, too.