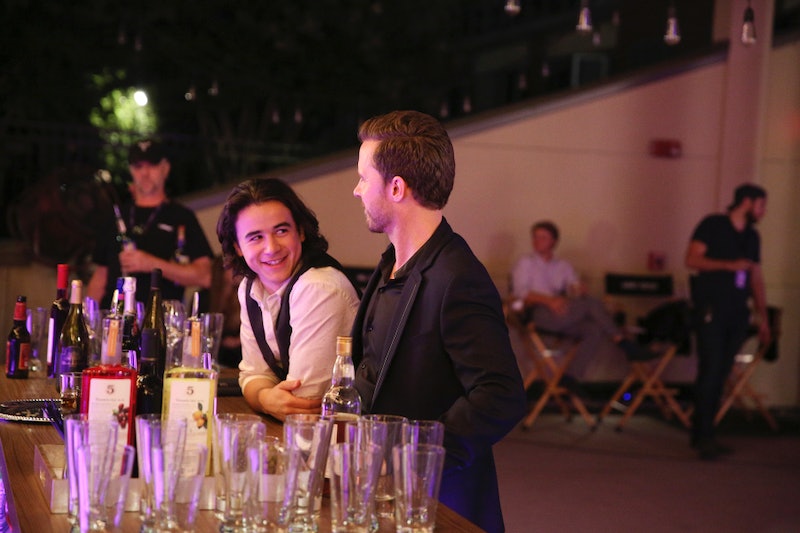 Tragedy has come to everyone's favorite country music drama, and there’s only one person who knows the truth about Jeff Fordham’s death on Nashville, which is mistakenly believed to be a suicide. Colt Wheeler, Luke's teenage son and Maddie Conrad’s boyfriend, was hanging out on his hotel balcony when he saw Juliette Barnes teetering on the edge of the roof. Jeff went to save her and went over the edge instead. That’s the exact account (and what really happened), but with so much at stake with everyone involved, who will actually believe Colt’s story?

That’s the problem with being a teenager — no one believes what you have to say, even if it turns out to be the truth. Colt had a few drinks before he saw a suicidal Juliette standing on the edge of a building before Jeff toppled over instead, so Luke claims that it’s hard to believe him. But really, Luke doesn’t want to be associated with Juliette, because he’ll lose money over the scandal. He is trying to launch a lifestyle brand (I know, it makes no sense to me either) and has to distance himself so that his new, flashy launch isn’t synonymous with the time Juliette Barnes was involved in someone's death.

This is surely going to ruin the already fragile relationship that Colt has with his father. Luke was on tour for most of his son's young life, so Colt resents the country star for not being there. And right now, Luke’s bottom line is more important to him than his child’s peace of mind, as well as the peace of mind of the people around him. Layla thinks her boyfriend killed himself, even though she and Jeff were making plans for their future. Colt tried to tell Juliette that she was on the roof with Jeff until Luke pushed him out of the room. Colt is lucky that Juliette eventually remembered what happened, but it will still be an uphill battle until the real truth comes out on Nashville.

More like this
'Better Call Saul’s Co-Creator Explained Jimmy & Kim’s “Happy Ending” In The Finale
By Brad Witter
Netflix Reveals First Look At Wednesday In The 'Addams Family' Spinoff Series
By Bustle Editors
Who Plays Trent In 'Never Have I Ever'? Benjamin Norris Calls His Character A “Himbo Stoner”
By Grace Wehniainen and Radhika Menon
Who Is Tatiana Maslany Dating? The 'She-Hulk' Star Is Married To 'A Locke & Key' Actor
By Radhika Menon
Get Even More From Bustle — Sign Up For The Newsletter