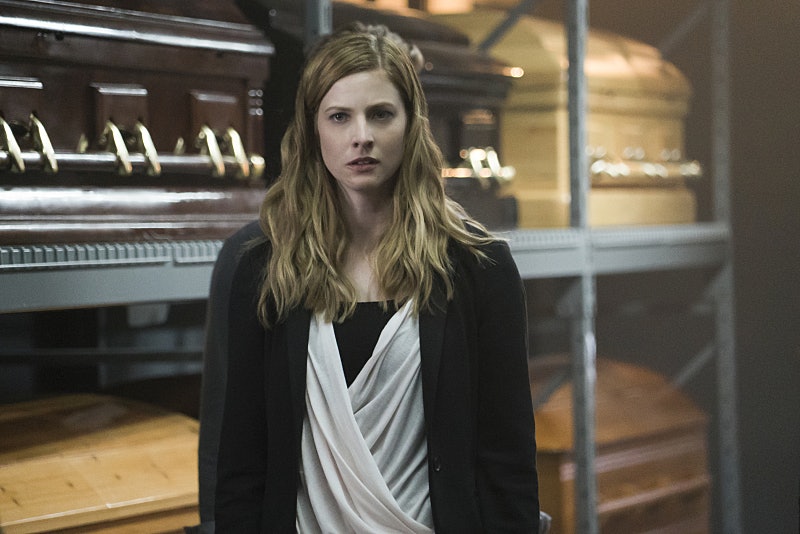 Personally, I've never experienced what it's like to be trapped inside of someone else's body, but I've seen enough Freak Friday-type movies to appreciate just how confusing it would probably be, not just for the person it was happening to, but also the others around them. Which is why my heart truly went out to Alaric during this week's Vampire Diaries episode "Best Served Cold." To get the love of your life back only to learn that a.) it wasn't really her that you resurrected, and b.) she would be dead yet again within 24 hours, has to be a hard pill to swallow. But it wasn't all bad news for our beloved professor because apparently Alaric's unborn Gemini twins are still alive inside an apparently pregnant Caroline. And yes, I do realize how ridiculous that sentence sounds.

So just like with any crazy story, let's start at the beginning. As a way to help familiarize faux-Jo with her body's original inhabitant, Alaric decided to show her a video of his and Jo's wedding day. (Before all of the bloodshed and massacring ensued, of course.) And while it didn't really seem to help this Jo in any way, it did allow Valerie to piece together what happened to the twins Jo had been carrying prior to her death. Evidently, Alaric had never watched the entire video (for obvious reasons), but Valerie did and immediately recognized the chant the Gemini Coven was casting in the background.

You see, they weren't attempting to banish Kai back to that alternate '90s-themed realm. They were actually trying to save the next generation of gemini twins by transferring the babies into something else. Or should I say… someone else. Caroline, to be exact. Valerie cast a spell on Alaric's blood that would lead them to the twins' current location. But the blood trailed off the map and right to where Caroline was sitting. And then all of our jaws simultaneously dropped to the floor.

First of all, how is this even possible, considering the fact that she's a vampire? I mean, wouldn't she know that she was pregnant? Vampire hearing should've allowed her to sense their heartbeats. Please, someone explain this to me! Unfortunately, though, none of these questions were answered, at least for the time being. However, I think we're one step closer to figuring out how Team Steroline goes so horribly wrong — not to mention how the show plans to handle Candice King's real-life pregnancy. You can't say life in Mystic Falls is ever boring!