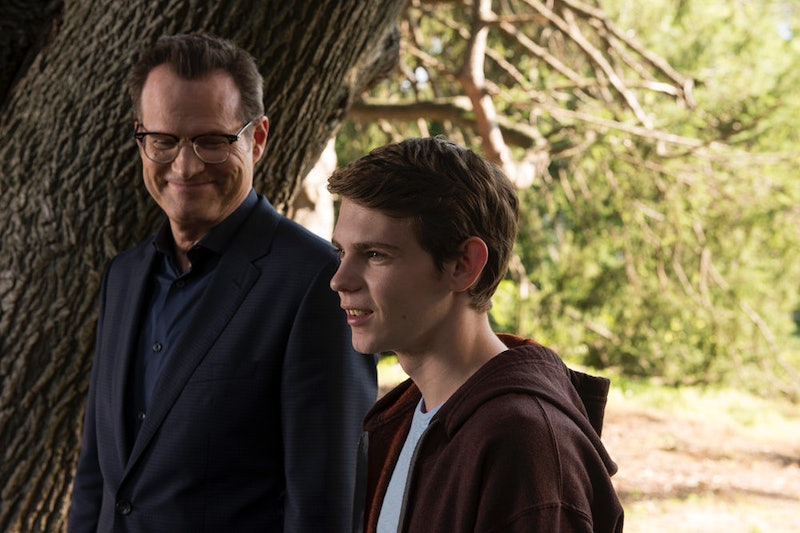 It's times like these that Tommy (I'm just going to continue calling him that since changing his name to Nathan would be needlessly complicated) really proves he is a Petrelli, through and through. Crazy powerful, and a bit of a reluctant hero thanks to having all of his memories of Hiro wiped from his mind. After learning that Tommy has the ability to absorb powers from other evos he is in a league of his own, able to do far more then just teleport from one location to another. Those Petrelli genes are both a blessing (flawless skin) and a curse, directly causing his mothers death and making him an even bigger target for Renautas — like he didn't have enough to worry about.

In a move that is messed up even for a serial killer, Joanne lures Tommy back to the ice cream shop by holding Emily and Casper ("penny for your thoughts" man) hostage, ready to kill them if he doesn't show up. Casper begins to work his magic and just as he's about to get Joanne to drop her gun Tommy comes hurtling in to help. She shoots Casper in the head, and I know the woman has some very deep trauma, but man is Joanne the worst. They're quickly discovered by Luke and Malina (she neglected to lock the door when she took hostages) and this all goes about as badly as you'd except. Joanne moves to shoot Emily, Luke lashes out to kill Joanne, and Tommy pulls a Hiro and stops time. After keeping everyone (minus Casper, RIP) from dying he grabs Emily and they head back to see Noah at the hospital.

Unfortunately this is when Phoebe "The Shadow" turns up to block his powers and Tommy is taken hostage by Erica. He is lead back to her house and she is nothing but friendly, offering him dinner (veal, of course) and a nice sit down. She says that she can tell him exactly how to save the world, and I have a very bad feeling about this. Will Tommy decide to side with Erica once she spills her master plans? I want to say no way, but then again this show is big on twists. Someone better get to rescuing Tommy, and fast.