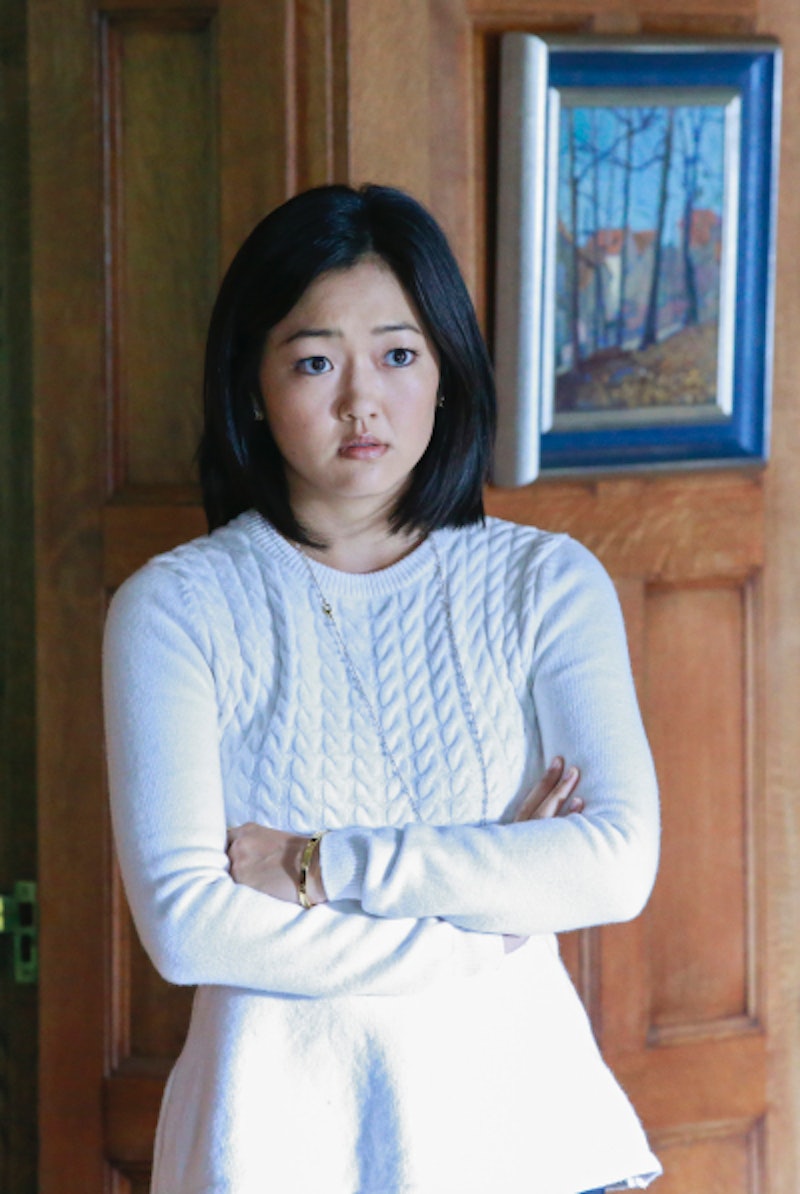 Hey, Catherine what the fresh hell are you up to running around town with your kind of half-brother? Are you killing people? Like, your parents? On How to Get Away with Murder , it was revealed that Catherine and Phillip are working together on something — whether that was killing their parents (yep, they're kind of related) is TBD. The realization came around when Wes realized that Catherine had been in contact with Phillip prior to the murders since he had a painting in the background of a photo of him that closely resembled Catherine's own artwork. You can't hide the stroke of a paintbrush, Catherine, and now we're on to you.

To make matters worse — if you were rooting for Catherine to be innocent — she met up with Phillip in a car where he told her, "Don't worry, I'm going to take care of this." Take care of what? What do you two possibly have to take care of that isn't illegal at this point? Does it have to do with a missing murder weapon? A missing murder weapon that isn't so missing anymore, thank you very much Caleb who found it in an air vent. Damn, you two are shady and I don't trust a word coming out of your mouths.

That's not all. Annalise and Frank were able to prove that Phillip's DNA was an almost perfect match (99.4 percent, but who's counting) to the unknown DNA at the crime scene of the murders. It was also revealed that Phillip seems to be a child of incest, presumably Catherine and Caleb's father and his sister (the aunt that was also murdered). So, the Who Killed The Hapstall Parents mystery is slowly falling into place, which is about the only thing I can say is "falling into place" at this point, but I guess that's part of the reason I watch HTGAWM, to have no idea what's going on.

Technically, we don't know if Catherine and Phillip killed the parents and aunt, but with the DNA on the scene, it doesn't look good for Phillip. Judging by the way Catherine is working with him, I'm going to go ahead and say the same applies to her. This might explain why she was dumped in the woods by Frank a few episodes ago, and magically came back to life. Or maybe it doesn't. I don't know what to believe anymore.