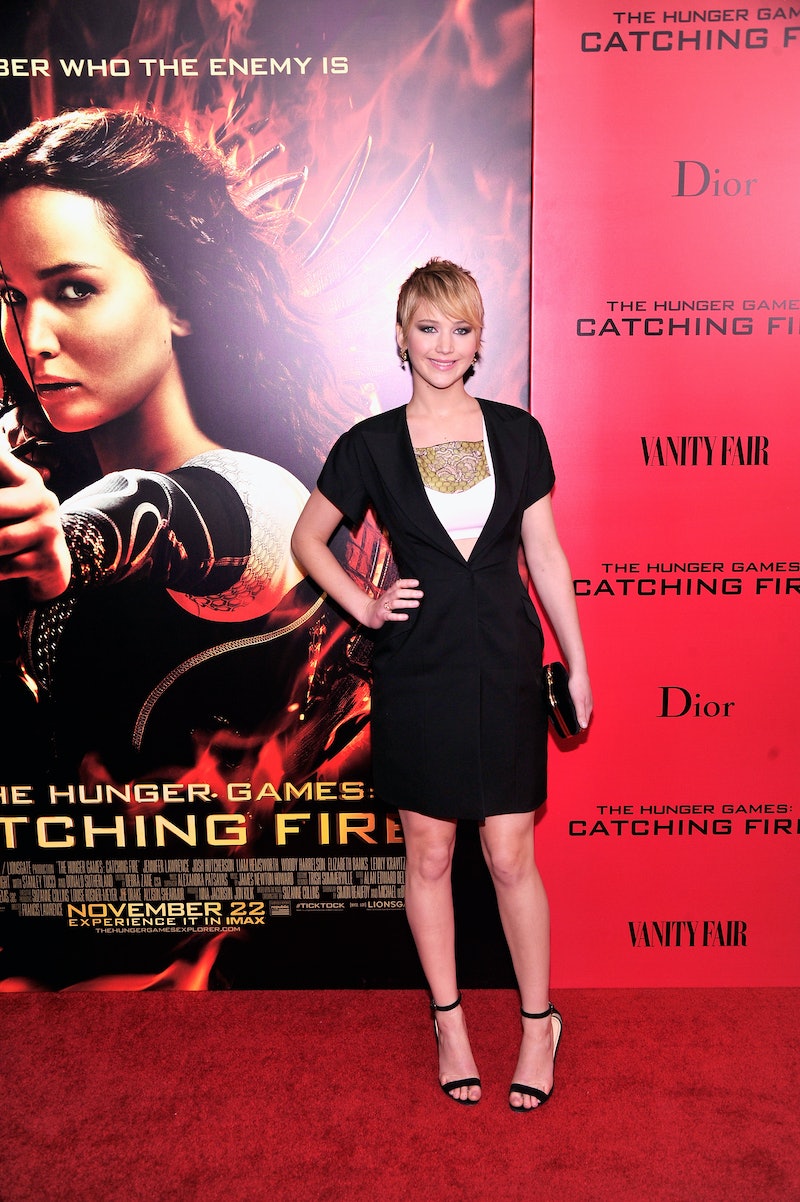 Without a doubt, 2013 was the year of Katniss Everdeen, whether we're talking about the character herself or the beloved actress who plays her. Jennifer Lawrence played the real world Girl on Fire from the beginning of awards season in January and she's still going as we start that process all over again, thanks to her role in American Hustle. That's partially why Katniss has been the name on everyone's lips for months, but of course the other side of the coin is the mega smash hit that is The Hunger Games: Catching Fire.

According to the latest box office numbers, Catching Fire is the highest grossing movie in 2013, surpassing box office juggernaut Iron Man 3 for the title, making 2013 the year a female action hero finally beat out a male hero for the title.

Looking through the past 33 years of top box office films starting with Raiders of the Lost Ark and Return of the Jedi in the early 80s, then Aladdin and Forrest Gump in the 90s, and finishing with The Avengers and Harry Potter and the Deathly Hallows Part 2 in 2011 and 2012, there sure are a ton of male leads. In fact, on that list, there is not a single film that centers on a woman among the classic blockbusters — though The Avengers at least includes one woman in its parade of muscled men.

Naturally, that makes Catching Fire's 2013 victory rather huge for the film industry, especially when just months ago, the biggest box office comparison we'd managed to make for the film was with fellow Y.A. fiction franchise Twilight. Now, the film that showed the world a heroine who is not only incredibly complex, but strong in a sense previously reserved for male heroes in the mainstream movie world, has shown that a woman of that caliber can not only sell a film franchise — she can sell it better than the charming wise-ass Robert Downey, Jr.(one of the top 10 highest-paid actors in 2013) in a titanium suit.

Large movie studios don't often do much with our cries for more female directors or our complaints about films that lack robust female characters, but they do hear the sound of cold, hard cash. And thanks to Catching Fire's 2013 victory, we are finally speaking their language. Perhaps we may get our wish after all, and see more incredible female leads in blockbuster films.

I'd say we'll have to wait and see, but the proof is in the Scrooge McDuck-like mountains of cash Catching Fire has already raked in and we can already see the influence in the creation of films like Shailene Woodley's next flick, Divergent. And if we keep up our end of the bargain — buying movie tickets with our shiny money — you can bet studios will keep theirs.