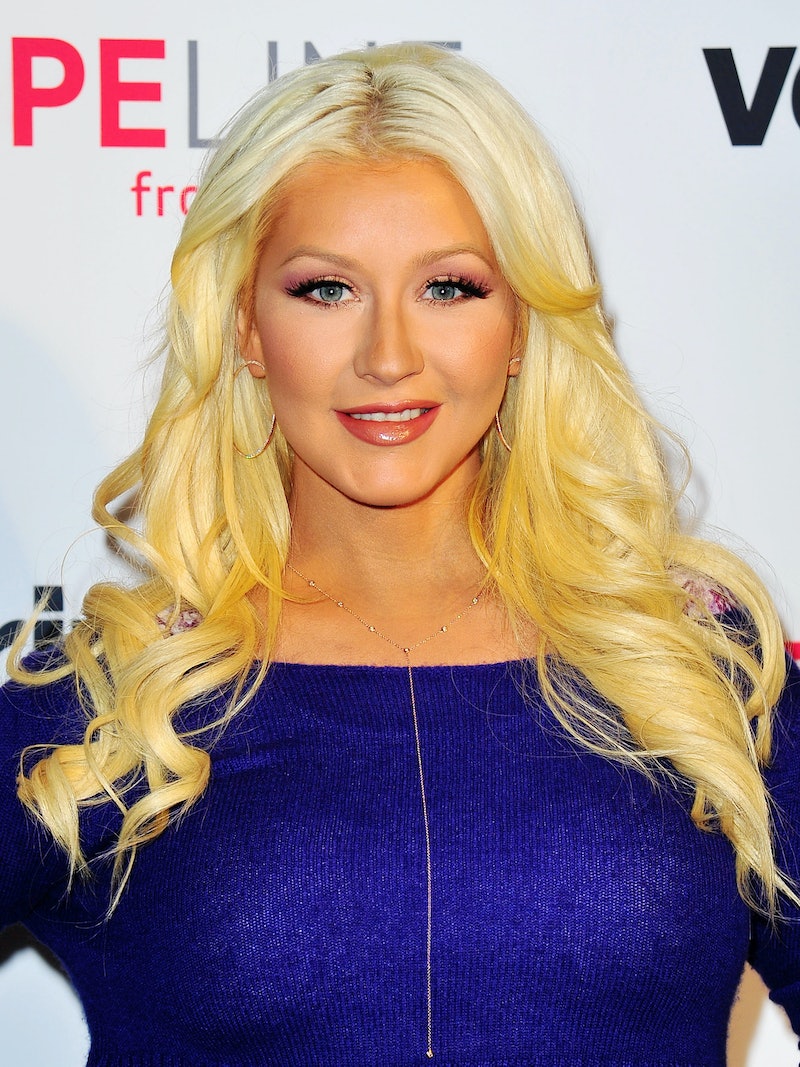 Even though she's no longer a permanent judge on NBC's The Voice that doesn't mean Xtina isn't voicing her opinions about a particular relationship stemming from the reality competition. Christina Aguilera approves of Gwen Stefani and Blake Shelton as a couple. She opened up about the two to Us Weekly and had nothing but kind words to say about the pair.

Actually, Aguilera relates to both Shelton and Stefani, especially since they're going through divorces publicly. Like them, Aguilera split with her former husband Jordan Bratman in 2010, so she definitely knows a thing or two about being in the public-eye during a difficult time in your life. She said,

The two of them are both great people. Gwen's such a great mother and a hard-working mother too! It's not easy to juggle The Voice and music and children — it takes a strong woman. And obviously I'm always in support of that. And I do know what it's like to go through a divorce myself, and it's tough!

The 34-year-old singer didn't stop there and expressed how happy she is for them and really hopes they can push through all the rumors and bad headlines to focus on their relationship. She continued,

I keep telling them both to stay strong and have fun! Divorce and life is hard enough! If you find someone who makes you happy, you gotta go for it. So they deserve it and they deserve to be happy!

Well, it sure looks like Xtina is rooting for the lovebirds. I'm sure if the two ever need advice during their relationship, Aguilera will be there to help.