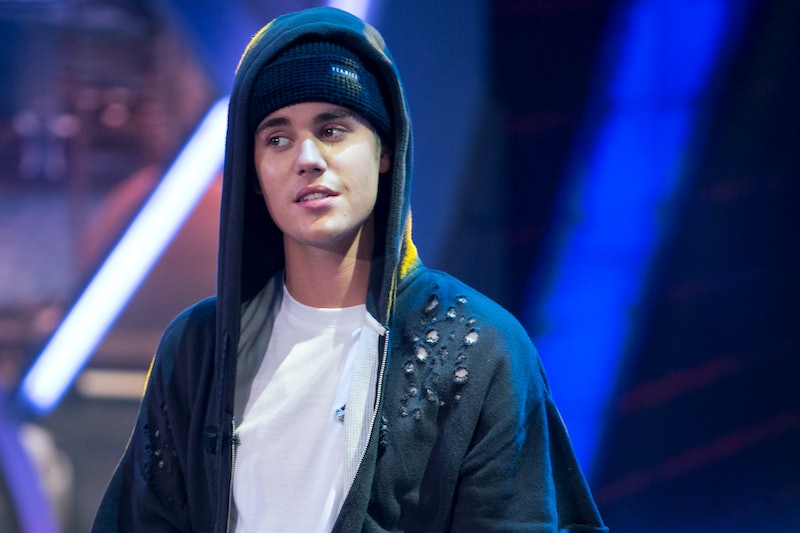 As of right now, it's been only hours since Justin Bieber dropped his new album Purpose, and Beliebers and critics alike are already sinking their teeth into it. This album has the potential to bring Bieber creative, professional, and possibly romantic (cough Selena Gomez cough) redemption, so listeners are trying to dig deep to get what Bieber's true purpose really is. And it seems that throughout that digging we may have struck gold: it looks as though there is an Empire reference in Bieber's song, meaning that Bieber is a fan of Empire... or at least Big Sean is.

Let's take a look at Bieber's track "No Pressure," featuring Big Sean. The song, as a whole, is about Bieber's plea to an ex-girlfriend to come back to him. "I'm the only one to blame / I know you need a little while to believe again / to love again" he sings, accepting the fault in the relationship and hoping that time will ease all emotional wounds. He then leads into the chorus which promises, "You ain't gotta make your mind up right now /right now, don't rush, no pressure." So, basically, the point is that it's your average "Baby, I want you back" kind of song. Nothing strange about that.

Roughly three quarters of the way through, Big Sean elaborates on a relationship turned sour (maybe this is some residual Ariana Grande drama bubbling out, who knows). He lists everything in a deteriorating relationship: sleeping in the same bed but not interacting, brawling like you're the two leads in the Streetfighter games, you know, that old rag. And then he says something particularly interesting:

Whaaaaaaat? For those of you who missed it, that is a flat out reference to Empire. I know I don't have to spell it out for you hardcore fans, but, to recap, Lucious Lyon reigns over Empire Records, and his fabulous fur-clad ex-wife Cookie Lyon has been trying to win it back for her own. Cookie basically had to take the fall years before for the greater good of Empire Records, so she emerged from her 17 year stint vindictive. Thusly, "eat the cookie like I'm Lucious" references one of the most turned-sour relationships pop culture has to offer right now — one muddled with drug deals, bloodshed, and a full blown family feud.

It also probably references oral sex. But you didn't hear that from me...

In any case, it's a pretty cool addition to an album that sometimes feels so wrapped up in apologies and reinvention that it forgets to have fun. So go ahead and take a listen below!