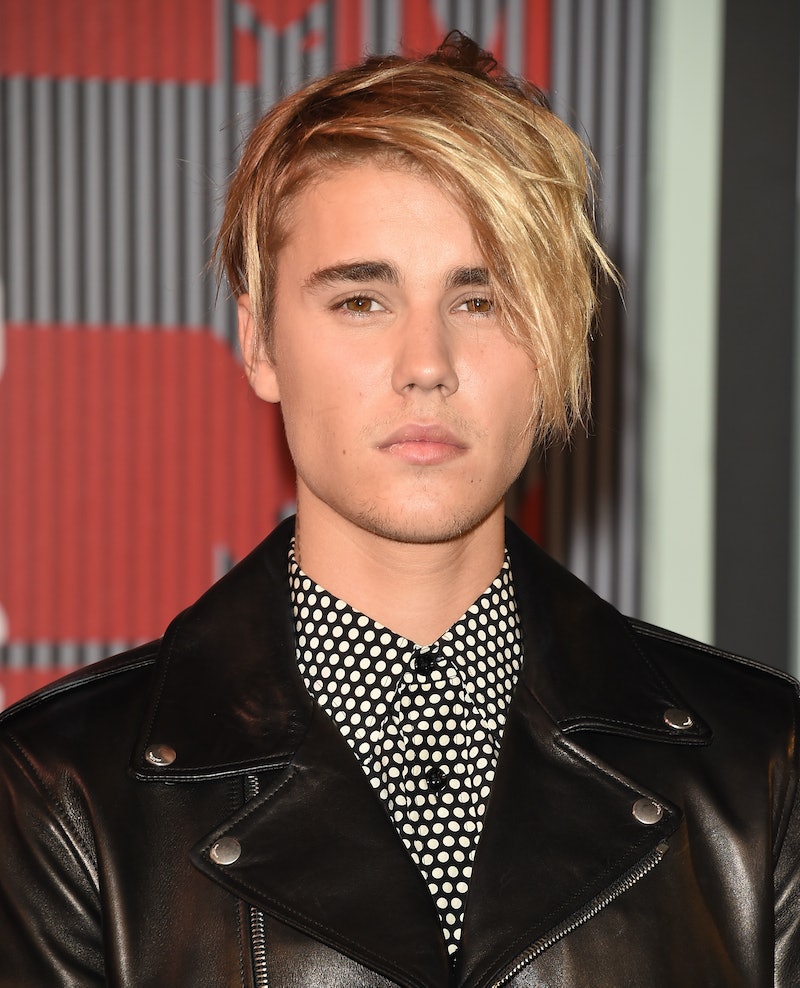 Generally speaking, if you're superstitious, Friday the 13th isn't usually a portent of anything good. For the rest of us, it's just a day like any other — only this one is special. That's right: Justin Bieber's new album, Purpose , was released today, and it's so, so good. I was actually expecting that to be the case since the songs we'd already heard from Purpose — "Where Are U Now," "What Do You Mean," and "Sorry" — are pure brilliance. I didn't want to admit it, but this may just be one of my favorite albums of the years, and I'm saying that after listening to it only about three times. But even better than the 13 songs on the main album are the five bonus tracks included on the deluxe edition of Purpose .

Sure, the core tracks are amazing and form a cohesive picture, but the bonus tracks just hit a different spot and show a whole other side of Bieber — one that builds on and expands the persona he reveals on Purpose's first 13 tracks. I've always been fascinated by how tracks are chosen, since presumably he had recorded dozens and then chose from them to create the album. However the five additional bonus tracks were decided upon, I'm just glad they're there, because they're really, really good.

"Been You" is a classic pop track with some slick production and amazing "ah-ah!" chorus vocals that are just way too good. It's another story of love gone wrong, with Bieber crooning about his regrets that the whole thing went up in flames. If only he would have known (known what?), "it could've been [her]," whoever she is. Selena Gomez? I don't know, but I do know I love this song.

Another mid-tempo number, "Get Used To Me" tells the tale of a guy and gal who used to be just friends, but then they let their relationship get deeper and now "[their] love is here to stay." Bieber wants this mystery girl to get used to him kissing her, touching her, and basically being in her face nonstop, because he likes the turn their friendship has taken. This one is super catchy, and no doubt the Beliebers will LOVE it/daydream about it forever.

I think "We Are" is my favorite of the Purpose bonus tracks. The beat is ridiculous, it features Nas, and it's just all-around brilliant. This feels like it's totally a Selena Gomez song, since it's about a relationship that's strong, but everyone in the outside world isn't feeling it and is trying to tear them apart. His general message is that he doesn't want them to lose what they are because of nosy people, and ugh, it's so good. Also, it's pretty impressive that he got Nas to agree to being on his album, so points for that.

For "Trust," Bieber slows it down a bit to really get the ladies' hearts going pitter-patter. He sings about how much he believes in love and wants the object of his affection to trust in him and give the relationship 100 percent so they can float off into the ecstasy of coupled-up bliss together. He urges her to listen to her "deepest feelings" and promises her that they're "strong enough to endure"... and perhaps they are.

Bieber changes gears once again on "All In It" — it's not about love this time, but about failure, success, and how to get from one to the other. It's basically a pep talk in song form, wherein Bieber encourages himself and basically anyone else who'll listen to keep on trying and find your motivation, but make sure your heart's in it or you'll never succeed. That's a pretty decent message, no?

All in all, the Purpose bonus tracks were totally good enough to be on the regular album. Since they're not, I suppose we're lucky we got to hear them at all. They'll definitely be getting plenty of plays in my iTunes!