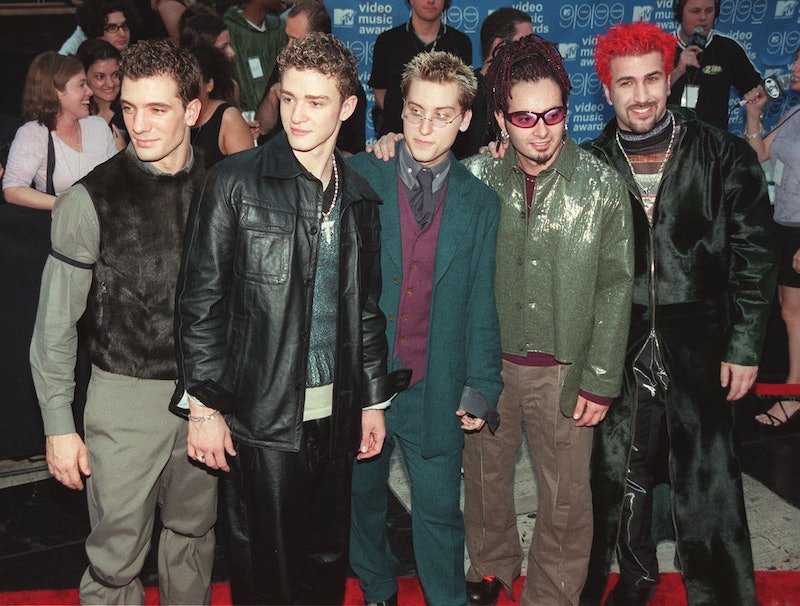 All '90s kids remember... the bloodshed that would unfold when you were a Britney Spears fan, and your classmate said she prefers Christina Aguilera. Yes, the 1990s were all about pop culture feuds, and, when you weren't busy trying to decide which Spice Girl to be during recess, you were probably getting into all-out brawls over your favorite musicians et al. And, although I'm no fan of war, I'm a big fan of nostalgia. Thus, it's about time we revisit some of the more memorable feuds... and hopefully set the record straight.

I mean, not that I'm an impartial referee. As you'll quickly see, I picked plenty of sides as a youth. Regardless, I want to take a moment to analyze quasi-objectively where many of these feuds have led to now that the dust has settled. I know I risk opening some old wounds by doing this, but I have faith that you can handle it. (Um, of note, I mean emotional wounds, I don't think your nose will re-break itself while reading this — that Team Christina girl had a mean left hook.)

Anyway, here are some unforgettable '90s feuds guaranteed to make your blood boil all over again.

It's not that you couldn't buy albums from both bands (hey, Lou Pearlman preferred that you did). It's just that, well, eventually you have to pick a side. In retrospect, the two were almost indistinguishable musically. But, for me, "Millennium" was my first album, and I just dug the group's harmonies, so I'd have to say I'm Team Backstreet. Which you know, doesn't mean I don't appreciate NSYNC, and doesn't mean I want you to tweet me about how "No Strings Attached" is a masterwork by comparison.

I don't know if anyone came out of this war a definite winner. Spears' career has been all over the place in the past 15 years to the point where she's practically reached legend status. Aguilera's path has generally been a bit more stable, but more as an on again, off again judge on The Voice rather than reaching the pop culture legend status of Spears.

Oh, Pokemon ended up the clear victor here, blossoming into an unforgettable nostalgic phenomenon and a still-on going franchise, not to mention about a dozen memes. I was going to say Digimon's biggest lasting contribution was that one guy who always paired the baby dragon with the time wizard, but then I remembered that was Yu-Gi-Oh.

4. Blossom Versus Bubbles Versus Buttercup

I mean, they were all on the same team, of course. But this was akin to picking out which Spice Girl you get to play (it's the game you played after you were sick of playing Spice Girls, basically). You would play Powerpuff Girls, and then, halfway through, fist fight over which one is the best. Recess was awesome.

At the time, I felt Nick had more to offer me, but, at the turn of the millennium, with the popularization of Toonami, I probably creeped towards the Cartoon Network side. There's no right or wrong answer, though! I don't want to live in a world where I have to pick between The Powerpuff Girls and Rugrats.

Speaking of Toonami, never forget this. Incidentally, this was kind of a gender thing reserved to that cluster of mild to extreme anime kids, and, ultimately, we all partied and celebrated both shows once we reunited in art school.

And I love the Harry Potter series, make no mistake. But good luck being the kid with any other favorite book during the late '90s. Even when other notable YA series popped up circa 2000 and 2001, they were never a complete tour de force like the Harry Potter franchise is/was. When was the last time you talked about how Artemis Fowl made you the woman you are today? How many listicles have you written about Eragon? None. None listicles.

This is primarily because your parents could only afford to get you one or the other. Hearsay is that half of a guy's paycheck money will go to having all 16 of the gaming consoles out today. Simpler times...

This one's a no-brainer. Mary-Kate was the one who had all the charisma.

I'm just pulling random '90s things out of a hat at this point. I don't think this feud was ever a thing. Anyway, chances are you got both and didn't sleep for a month.

Ah, what a time it was to be alive. Here's hoping this gives you some sort of resolution, only 20 years too late.