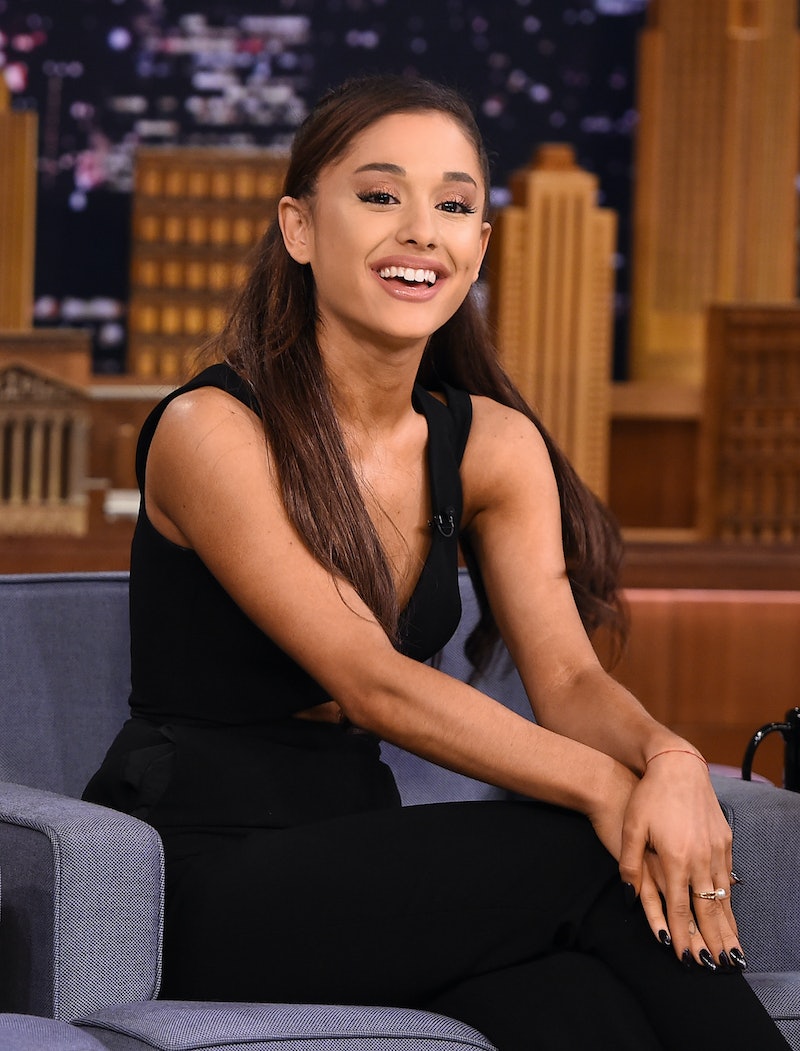 Hey, Kate Spade: If the Anna Kendrick thing doesn't work out, you might have a new star for those hilarious short films. Singer Ariana Grande's short film for her new fragrance, Ari, will hit YouTube on Sunday, November 15, and she just might prove herself a worthy candidate. No word whether it'll be fun and cheeky or sultry and serious (or a combination of the two), but considering Ariana's pattern of hit-making, it'll be worth a watch.

The video will feature her ultra-catchy new single, "Focus" (just when I thought I'd finally gotten that song out of my head), plus her cute pooch, Toulouse. Some behind-the-scenes footage from the campaign shoot will be revealed the same day too, but that'll only be available on Sunday, apparently, so you better watch that part while you can.

A couple of sneak peek images show Ariana chilling in the backseat of a luxury car with her pup (inspired by one of the aforementioned Anna Kendrick videos, perhaps?). Maybe she's off to a fragrance misting event — like a book signing, but, y'know, you spray the fans with your perfume instead as they walk by. (No, that's not a thing?) Or maybe she's chilling in a car with Ari-scented air fresheners.

Or — surprise! — maybe she's revealing that Ari is actually a fragrance for dogs, too.

Only time will tell, I suppose. No matter what, though, I think we can probably count on some swoon-worthy beauty looks (and obviously some puppy cuteness) on Sunday.