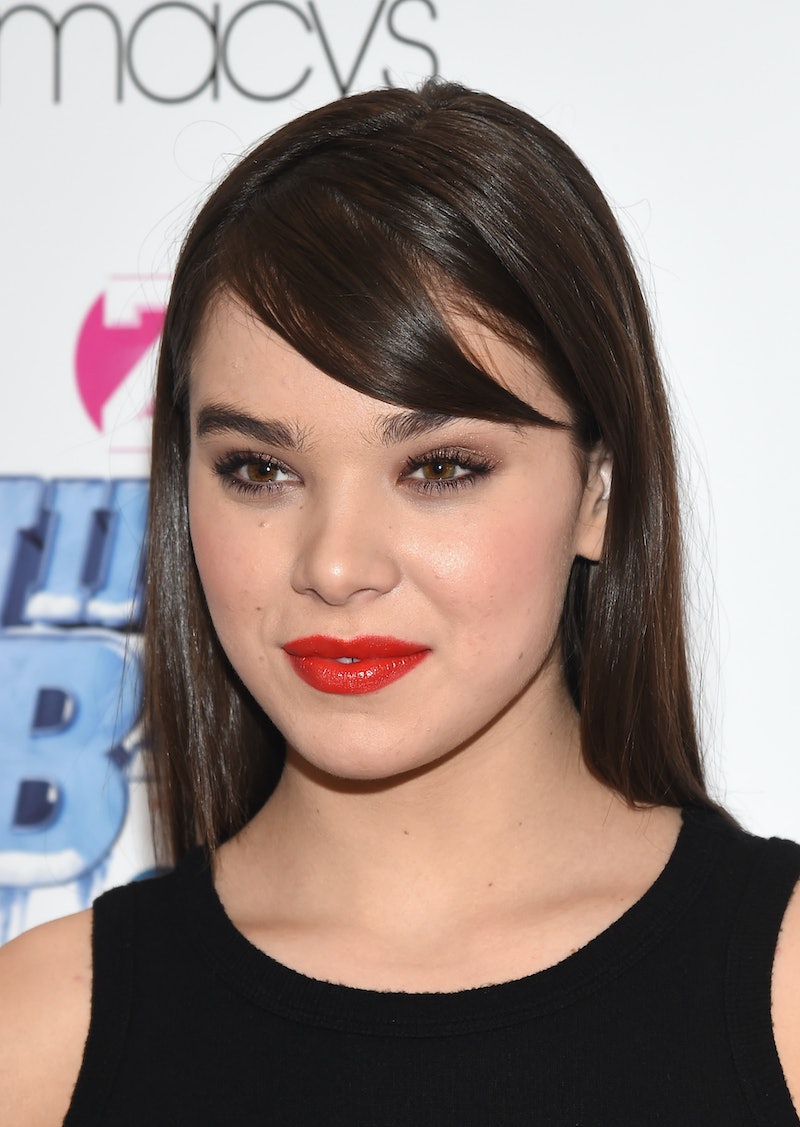 With all of the hype surrounding One Direction and Justin Bieber's latest albums, you may have missed the premiere of Hailee Steinfeld's HAIZ EP — but it's definitely a new release you need to check out. One of the EP's major standout tracks is "Hell No's and Headphones," a laid-back anti-party anthem that finds the 18-year-old Pitch Perfect 2 star expressing her desire to escape a crowded party and just be alone with her thoughts (which will undoubtedly remind some listeners of Alessia Cara's breakout hit, "Here"). It's a perspective we don't often hear in pop music — a genre that frequently seems obsessed with going out and partying. If you ask me, the tune is a breath of fresh air. Steinfeld opened up about the meaning behind "Hell No's and Headphones" in a recent interview with ELLE:

There are times often where I'm walking around in the world trying to figure out where I belong. Noticing times that I'm uncomfortable is something I've learned to do. I don't have to conform to being cool or to something I'm not. [Alessia Cara's] "Here" really struck a chord with me. This does have the same message of realizing, "It's cool that I was able to go and hang out with friends, but it was just not my night."

In the "Hell No's and Headphones" chorus, Steinfeld sings:

'Cause all of my friends are leaving soon

To find them-themselves another round

But I'll be here in this stranger's room

I just-just wanna be alone

No, I don't care 'bout what you think

Last week, I wrote that if Steinfeld hoped to have a successful music career, she'd need to find a way to make herself stand out from the pack — and that's exactly what she's done with "Hell No's and Headphones." She could've played it safe on the HAIZ EP, but instead, she decided take a risk and give listeners some insight into what's going on in her head. I suspect Steinfeld's willingness to be vulnerable will win her a lot of new fans. Hopefully, we won't have to wait too long to hear her full-length debut.

The HAIZ EP is available on iTunes now.