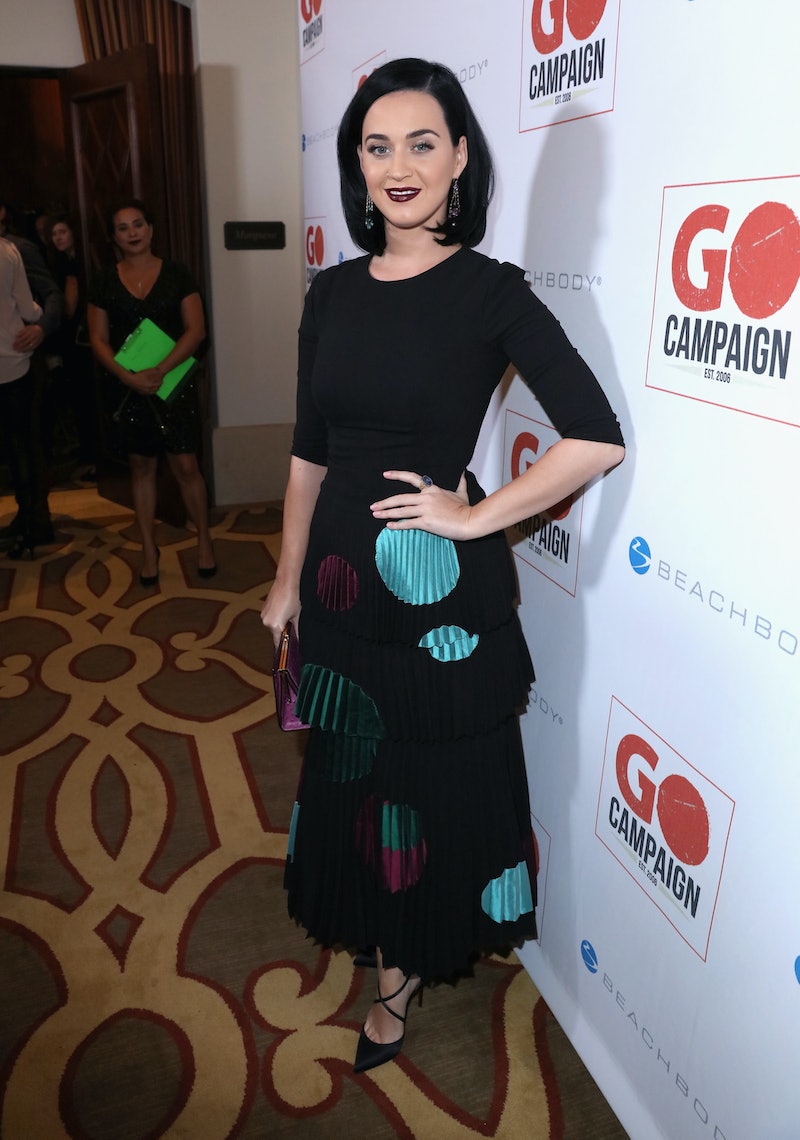 Oh my God, you guys. The spectacular Amy Heckerling (aka, the genius who both wrote and directed the 1995 film) has expressed a wish that Katy Perry play Cher Horowitz in the upcoming Clueless Musical. This is major news not only for fans of Perry, but also for fans of the original movie (and for fans of wonderfully camp musical versions of great films, everywhere).

Despite expressing a prior interest in playing the character in a musical version of Clueless, it would be difficult to imagine that Perry could clear enough room in her busy schedule to take on such a role. Still, Heckerling is clinging determinedly on to the hope that the pop culture obsessed singer might still be able to do it. In comments made to Vulture, Heckerling said, "I love Katy Perry, But you never know what will happen, she has a whole big schedule. It was like, I love it, I wish I could do it."

She's Totally Down With Expressing Herself Over-Dramatically

She Understands How To Style Co-ordinate Her Squad

It's style to the power of three, people. You're basically practising witchcraft at this point.

She's Ready For Her Awkward "Seduction" Scene With Christian

Sometimes, even total goddesses like Perry and Silverstone fail to get the guy.

She Knows How To Reject Undesirable Attention

I don't mean to be a traitor to my generation and all but guys these days just really need to learn their boundaries.

She Appreciates The Daily Dilemma Of Picking The Right Outfit

I honestly believe that Perry uses that exact same computer program to get ready for every one of her shows. What shall it be this time? Dancing sharks or whipped cream bra?

She Can Party In A Bodycon Dress And Heels

FYI: This is a total talent and one that I am yet to master without causing myself serious injury.

Plus points to Perry for pulling off the perfect virgin who can't drive innocence with that corndog, just like Cher did during that awkward pizza restaurant conversation about sex. (She's saving herself for Luke Perry. But aren't we all?)

She Knows The Importance Of Showing Some Love To Your BFF

Because even when they can be way harsh about things, it's good to forgive, forget and just hug it out.

And Most Importantly, She Knows What It's Like To Totally Rule

Let's be honest here, Cher Horowitz rules over her high school with the same fierceness that Perry rules over the music industry. Yass Queen!

Do you see how absolutely perfect Perry would be? Apparently we could be seeing the Clueless musical as early as 2016 (squeal!), and if it's OK with the universe, I would like to reserve my front row tickets to that opening night, like, now please. Thanks.