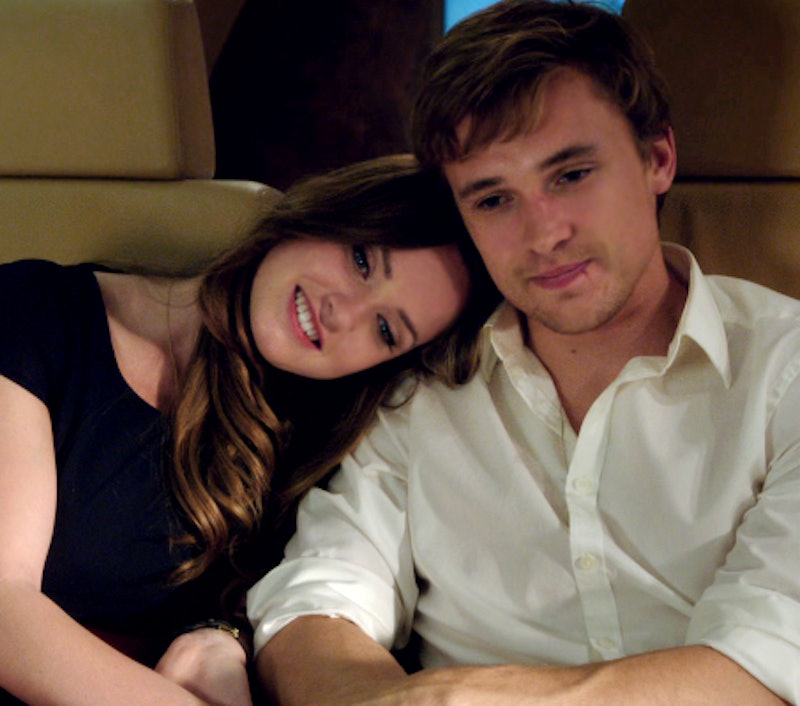 Opheliam fans, I have some bad news, Ophelia and Liam aren't together on The Royals Season 2 — at least not in the beginning. But, don't fret, because I have some good news too — they might get a happy reunion at some point. In an interview with Bustle, actor William Moseley teases Ophelia and Liam's future and whether fans can expect the popular 'ship to set sail again.

"Liam is obviously torn between two worlds, his personal life and his life with his family and his responsibilities at home," Moseley says. "We ended the first season with the murder of the king, and I think that's really taken a priority [for Liam]. It was a really hard decision for Liam to have to leave Ophelia in New York, but he did it for her safety." As for their status in Season 2, Moseley had this to say: "I think he really hopes they can be together at some point, but the timing right now is just not right. So, hopefully in the future there will be something."

See? That's not too bad, right? OK, they're not together right now per say, but the actor does want them to get back together and has hope for a reunion in the future. That's something. And, sure, Merritt Patterson joined filming pretty late, but she DID join eventually. So, Ophelia may not be in the first few episodes, but she'll have to show up at some point. Hopefully with her arrival she brings a heaping dose of forgiveness for Liam who was really trying to do what was best for Ophelia when he flew her to New York — even though he tricked her to get her to safety (where she also got to follow her dreams of dance).

I predict that the fan-favorite couple won't be apart for long. And, if they are, well at least you can take solace in knowing William Moseley wants them together just as much. We're all in this together, Royals fans.