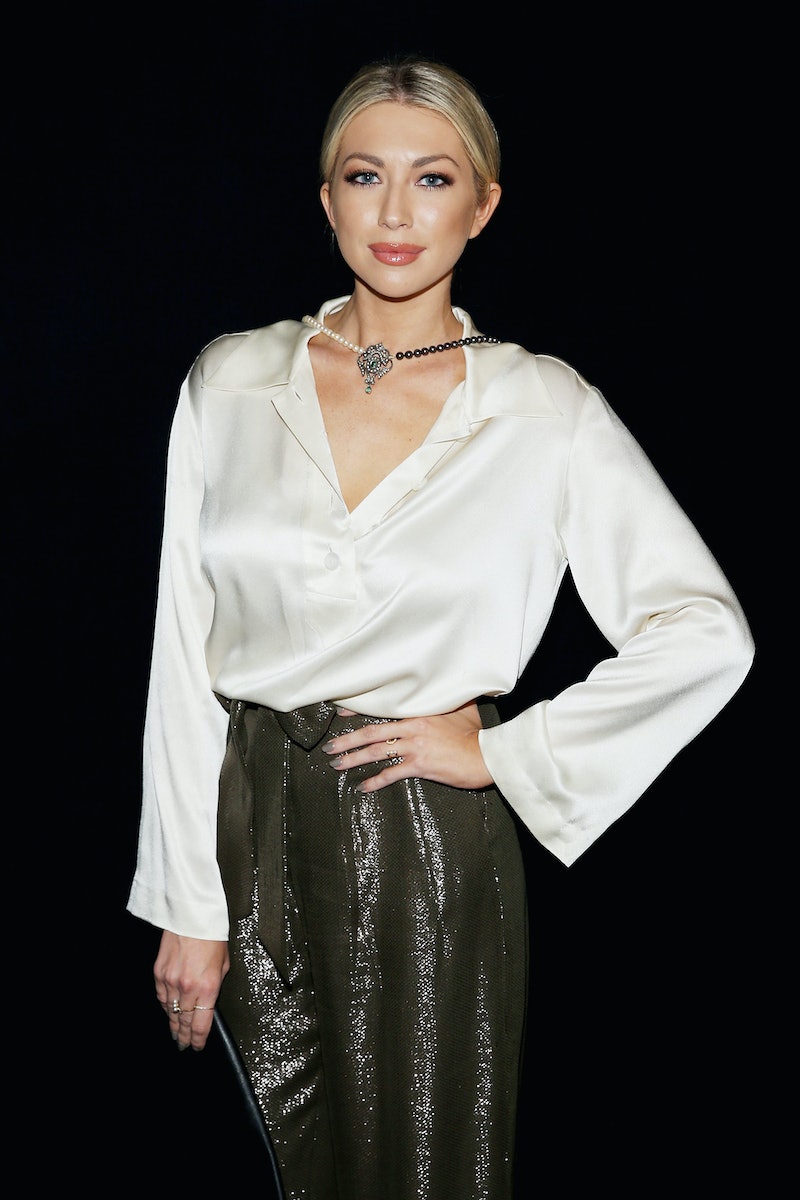 When the rumors surfaced that Stassi Schroeder wasn't planning on returning to Vanderpump Rules, hearts broke around the globe (I assume). While she wasn't close with the main cast anymore, her commentary on everything that was happening was too good to lose. Luckily, Vanderpump Rules Season 4 is back and Stassi is too, although we'll have to wait a bit into the season to find out in what regards. Until then, you might be wondering what Stassi thinks about certain situations. Wonder no more, because in an interview with Bustle, we asked Stassi to speak out on multiple Vanderpump Rules situations using only emojis.

Stassi has always been extremely outspoken on Vanderpump Rules, but what does she think of your BFF hooking up with you BF? There's only so much Stassi can say using emojis, but knowing that she once said, "I literally want to come at them with daggers and chop their faces and hide them in the walls," it's safe to say she knows how to express herself. Here's what Stassi had to say about seven Vanderpump Rules situations using only iPhone emojis (and yes, it's the most recent emoji update — coffin included.)

The situation: Stassi's closest friend on the show, Katie, became best friends with Scheana — who is not Stassi's favorite person — over the past season, which eventually caused a bit of a falling out between Katie and Stassi.

The breakdown: I think Stassi's response speaks for itself.

When Your Best Friend And Boyfriend Hook Up

The situation: Stassi caught Jax and Kristen in enough lies that it eventually exposed that the two had actually hooked up, despite consistently saying they didn't.

When Your Boss Throws Shade At You

The situation: Lisa Vanderpump never holds back, but in the Season 4 promo, she throws extra shade at Stassi when she says, "You're not important enough to hate, sit down!"

The breakdown: Stassi clearly thinks a little self-medication is needed in situations like this.

The situation: Stassi wanted Jax to tell the truth about cheating on her, so she really encouraged a boozy brunch to get the truth out.

The breakdown: Stassi's the queen, and she will slay you if you cross her... like a black widow (maybe?).

The situation: Kristen went into full Nancy Drew mode to figure out what happened between her ex, Tom Sandoval, and some girl in Miami.

The breakdown: Judging by the emojis, Stassi clearly has an opinion on Kristen's investigation. But at least she gives her the detective emoji credit!

The situation: Jax brought his mom to Scheana's birthday party as his date. It was actually really sweet. But incase that wasn't enough, he brought another date, too.

The breakdown: It doesn't seem like Stassi is surprised by anything Jax does nowadays.

When You Don't Cover Your Uber Tracks

The situation: James didn't cover up an Uber receipt that showed a girl leaving his place — aka, cheating on Kristen.

The breakdown: I don't think we needed Stassi to tell us that this mistake is going to explode in James' face.

There you have it. Even when confined to only using emojis, Stassi basically says what we're all thinking.