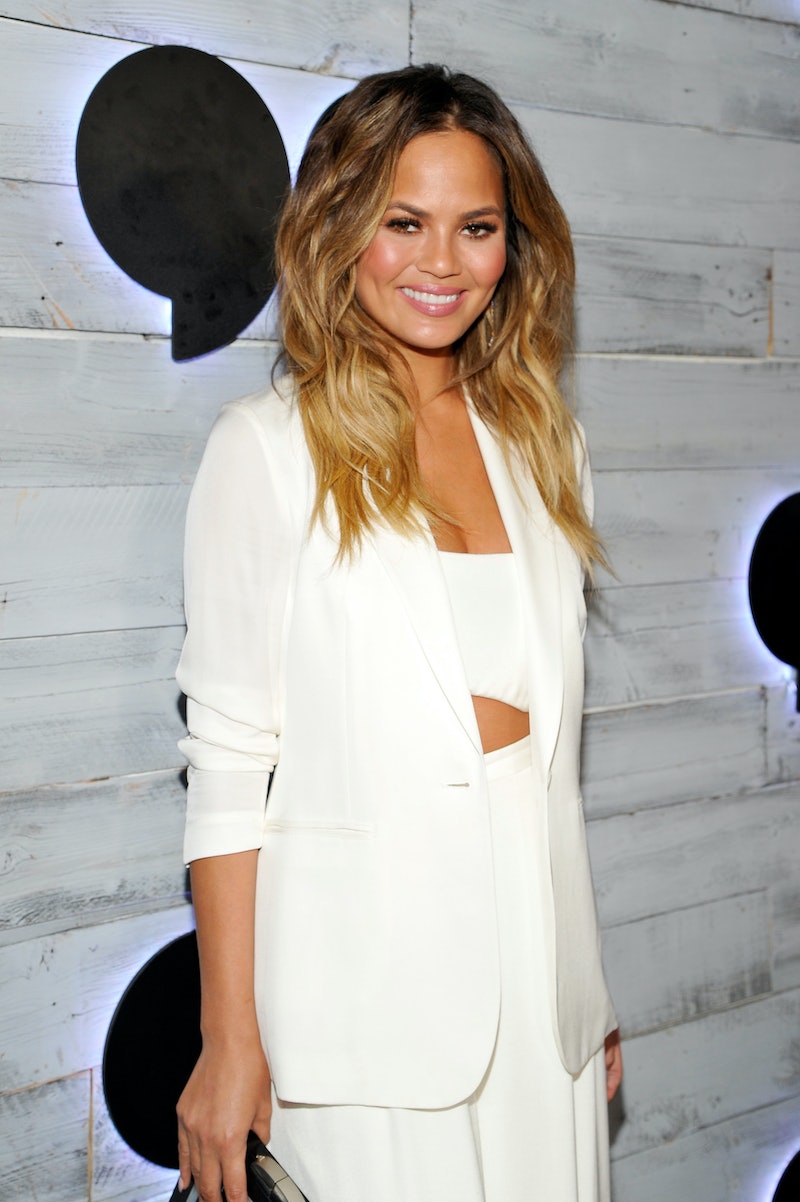 The Internet's favorite model just might be the queen of the body positive Instagram pic, at least when it comes to celebs. One of her many snapshots is making headlines again — Chrissy Teigen Instagrammed her new pregnancy thighs, reminding us exactly why she's such a treat to follow. Like I said, queen.

Whether she's sharing a red carpet shot or her latest indulgent culinary adventure, Chrissy's posts are never a disappointment to our feeds. This is especially true when she captures one of her so-called "imperfections." By always taking a positive, accepting approach, she sets an encouraging example for anyone who has insecurities about their bodies.

I don't know about you, but I couldn't imagine posting a photo of the "flaws" I'm most troubled by for my followers to see, let alone the world. But Chrissy sends the brave message that she's not only OK with hers, but she happily embraces them as part of who she is. Even though she's always been this wonderfully open, her pregnancy gives her a new platform to be real about bodily changes (and just how amazing they can be.)

Her latest post shows her sprawled between two chairs in a bodysuit, pants-free (I feel you, Chrissy.) The caption reads "Hello new thighs! You appeared out of nowhere but I am not mad at it!" We're not mad at it, either — props for being your fabulous, open self. Here's the pic:

When She Double Chinned Like The Best Of 'Em

Add me on Snapchat, Chrissy? You'll get a lot of this.

When She Proved Supermodels Aren't Immune To Flaky Skin

When She Dove Into This Cupcake

No regrets, of course. This is my kind of girl.

When She Revealed Her Body Makeup

When She Showed Off Her Stretch Marks