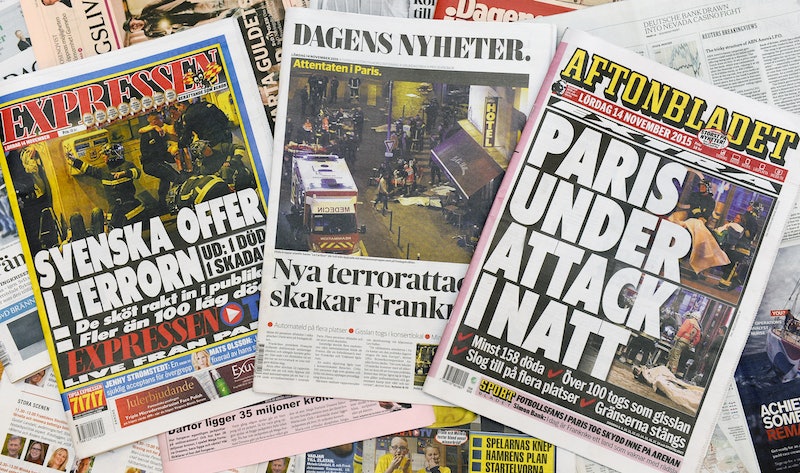 Over 120 people were killed during shocking terrorist attacks in Paris on Friday, for which ISIS has claimed responsibility. Saturday, people all around the world woke up to newspaper front pages on the Paris attacks. Coverage of this unprecedented and depraved event has obviously captured the world's attention, especially since ISIS claims it will continue to attack the region if assault on its own members continues.

President Obama made a statement about the Paris attacks, insisting that these acts of terror represent " an attack on all of humanity and the universal values that we share." He promises that the United States will do whatever it can to help the French to find the terrorists responsible and see that justice is done. Cities around the world are showing support in other ways too, with public displays of French red, white, and blue cropping up in solidarity.

But even in this digital age, physical newspapers continue to provide a striking and tangible reminder of devastating events. Even if you don't pick one up, you can't help but see them around. Here are some examples of newspapers today sharing the horrible news of the Paris attacks around the world: