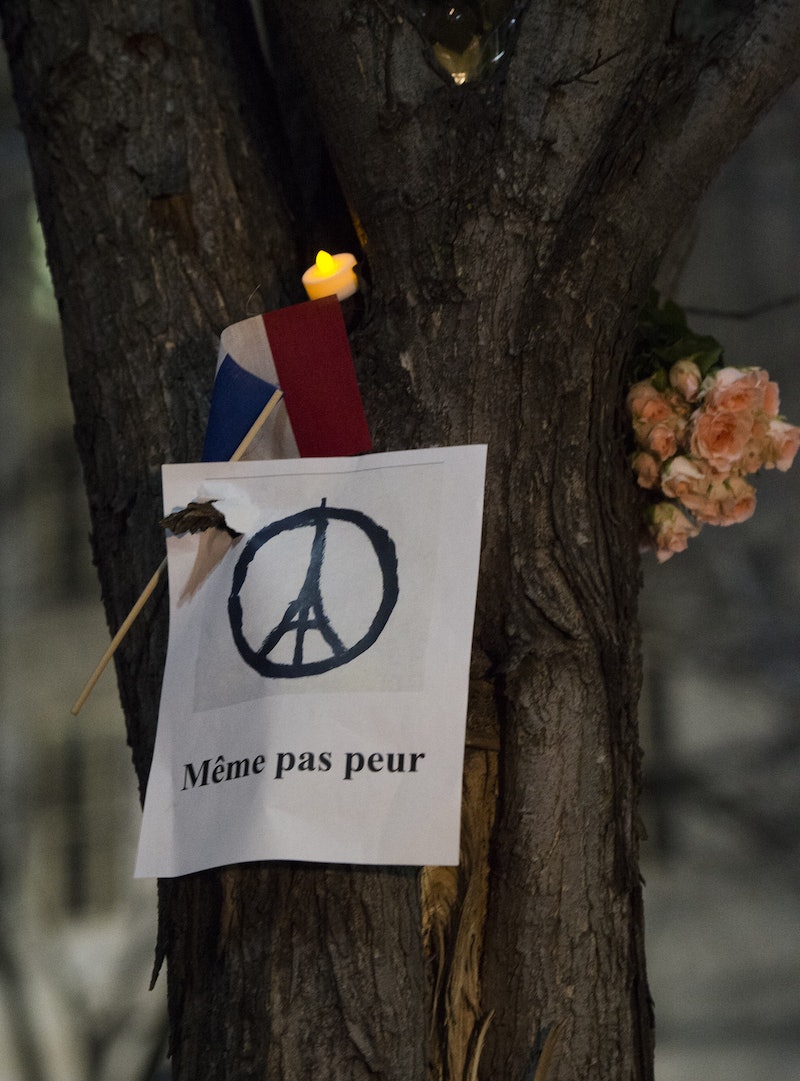 Saturday Night Live is known for its comedic cold opens, but, on November 14, the show skipped the comedy for a moving tribute to the tragic events that happened in Paris, France. Instead of starting with a sketch, lone SNL cast member Cecily Strong had this message to those overseas, which she said both in English and French.

Paris is the city of light. Here in NYC, we know that light will never go out. Our love and support is with everyone there tonight. We stand with you.

Afterwards, the show went straight to the credits — there were no sketches, no jokes. Her sentiment was echoed by host Elizabeth Banks at the end of the night, who closed the show by saying "God Bless Paris."

Strong and Banks were both referencing the tragic events that occurred in France on November 13. French police confirmed a total of six attacks throughout Paris at locations like the Stade de France, the Bataclan concert hall, and a nearby restaurant. French news outlets reported that police launched an assault on the Bataclan, where 12 gunmen held at least 100 hostages. According to The Guardian, eight attackers are dead, several of whom detonated suicide belts. Authorities have reported that the number of fatalities has reached at least 120. ISIS has claimed responsibility, but a motive has yet to be determined.

This is not the first time that Saturday Night Live had to struggle with whether or not to put on a comedy show in the wake of terrorist incident. In its first show after the attacks on 9/11, Lorne Michaels famously asked then-mayor Rudy Giuliani how the show should proceed. "Can we be funny?" He asked. "Why start now?" was the mayor's reply.