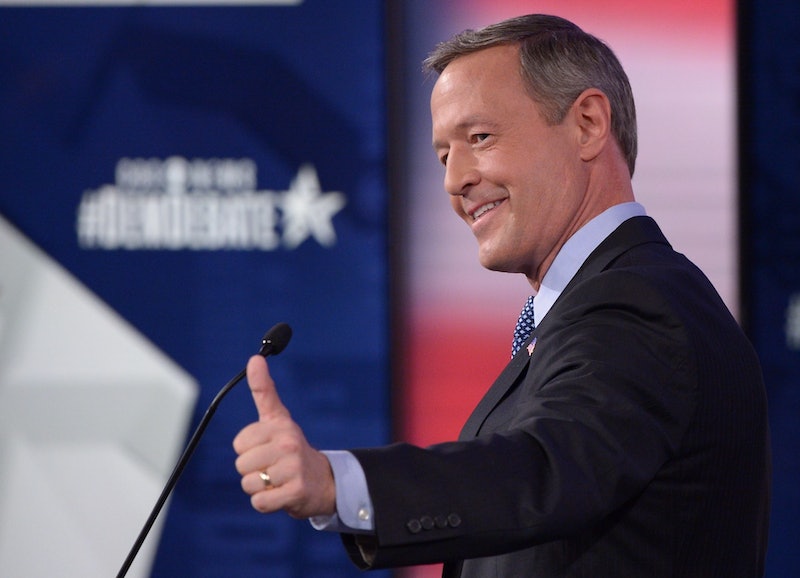 By and large, all of the candidates conducted themselves well at the second Democratic debate, especially when compared with the food fight that is the Republican primary. One contender who turned in a much better — and more aggressive — performance than in past debates was Martin O’Malley, who had his best debate night yet. While it still seems unlikely that he’ll break out from the pack and give Hillary Clinton or Bernie Sanders a run for their money, he went on the attack tonight — and by and large, he did a pretty good job.

During a discussion on immigration, O’Malley said that the US should focus on comprehensive immigration reform, not just border security. Nothing weird there; that’s a common Democratic policy prescription. But O’Malley had a standout moment when, in the middle of his comments, he forcefully pointed out that “net immigration from Mexico the last year was zero.”

Later, after O’Malley touted the minimum wage increase that he signed in Maryland, Clinton mentioned that the policy was “what happened in Governor O’Malley’s state.” O’Malley was quick on the defense, retorting that the increase “didn’t just happen.” When Clinton cited analyst Alan Krueger in defending her own minimum wage prescriptions, O’Malley responded that “we need to stop taking our advice from economists on Wall Street.” In his biggest applause line of the night, O’Malley referred to Donald Trump as an “immigrant-bashing carnival barker.”

When he wasn’t on the attack, O’Malley was presenting himself as a strong candidate in his own right. Earlier on in the debate, he put forth a nuanced, but easy-to-understand, foreign policy position when asked about the rise of ISIS.

This isn’t an uncommon point of view amongst Democrats: Build coalitions, and be strong abroad by being strong at home. Still, it was an unusually clear articulation of that point of view; if you’re not someone who keeps up on the nuances of competing foreign policy views, you can still more or less understand what he was saying.

To be sure, not all of O’Malley’s moments were winners. When asked to name a crisis he’d dealt with that prepared him for the presidency, he couldn’t, which obviously didn’t look good. In one cringe-worthy moment, he attempted to depict Clinton as pro-gun by comparing her to Annie Oakley — which inadvertently came off as an wrong-headed attack on Oakley herself. But by and large, he did a very good job tonight. Now all he has to do is translate that into actual support from Democratic voters.