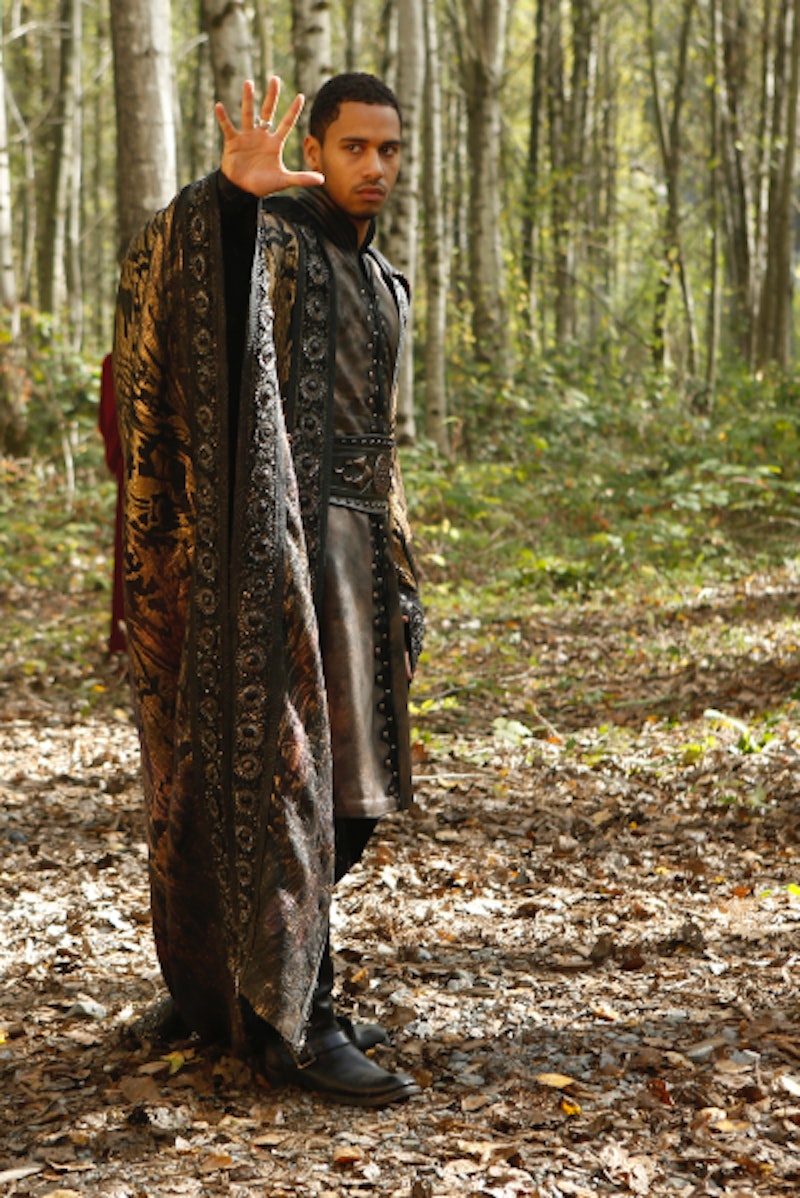 Not only did Emma turn Hook into a Dark One on Once Upon A Time, but she might have killed Merlin in the process. See, in order to save Hook from his deadly Excalibur cut, Emma elected to bind Hook to the sword, keeping him alive. But, because of that, Merlin might be dead on OUAT. The last time we saw the wizard, black sludge (his magic?) was seeping out of him and flying over to Hook where it wrapped around him and turned him into a Dark One... I think. The whole thing is very complicated.

Merlin slumped to the ground after being freed from the sword, so he might be dead. But, I'm hoping something less sinister happened to him. Maybe he just lost his magic? Or, perhaps just his ties to Excalibur were severed, freeing him from Arthur's hold on him. Maybe he gets to keep his magic, but he just won't be as powerful as before.

Or, maybe we won't. His IMDB page only has him listed through the Nov. 14 "Birth" episode in which it looked like he died. But maybe that's not super up to date. Plus, the actor's two most recent tweets all talk about the show in the present tense, so hopefully his role isn't over for good.

Who knows? All I do know is that dead is rarely dead on OUAT, so I'm sure we'll see Merlin again in some form.