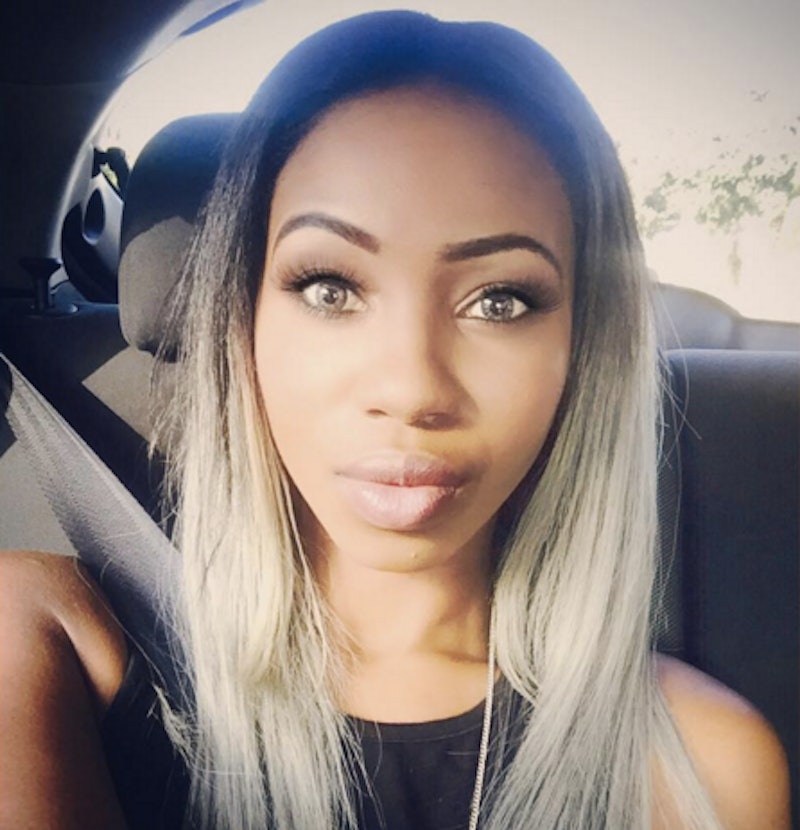 The cast of Vanderpump Rules has already brought plenty of intense drama (hello, James and Kristen!) and we are only two episodes into the season. I can only hope that this upward trajectory of craziness keeps going and by the looks of things, I don't think I have anything to worry about in that respect. Vanderpump Rules Season 4 has introduced us to some new faces hanging around SUR and it appears that they will be mixing things up even more. We've already gotten to know new hostess Lala Kent a bit, but what do we know about her friend and new Vanderpump Rules star Faith Stowers?

So far, it seems that Faith has the (at least temporary) approval of fellow SURver Katie Maloney. Katie was training her and seemed to like her. Faith is definitely not skilled in the ways of a busy, upscale restaurant like SUR just yet, but she seems to want to learn and if you have someone like veteran SURver Katie on your side, you are probably in good shape. My own personal concern for her based on our brief introduction has to do with her close friendship with Lala. Sure, Lala seems like a pretty rad girl, but she also seems to be pretty relaxed when it comes to her position at SUR. She has lied to Lisa and the rest of the managers about needing time off for a trip to Italy and I am just hoping that risky work moves like that don't rub off on Faith.

While we wait to see how Faith adjusts to life at SUR, here's what her social media reveals about her life.

Faith is a proud United States army veteran. How amazing is that? Good for you, girl! Thank you for your service.

Faith seems to be a jack of all trades. Not only does she serve our country proudly, but she also seems to have a pretty successful modeling career. She is definitely in the right place if she wants to further that career, because it seems like models/actors flock to Lisa Vanderpump's restaurants.

She Starred On Another Reality Show

Faith was one of the stars of Wipeout: Hotties vs Nerds 4.0. Apparently she almost made the best time out of all the "hotties," but wiped out right before she was able to claim the prize. Better luck next time.

She Was A Cheerleader In College

According to a TBT, Faith was a cheerleader for Barton College back in the day. One thing is for sure, this girl is really well rounded.

She Does Comedy Shows

According a recent Facebook post, Faith performed in a comedy show (as a cop) at the Victory Theater in Los Angeles. So, add that to the growing list of her awesome talents/qualities.

Faith seems like she is a truly interesting, multi-talented person, so let's hope she gets to stick around SUR and show those many skills off on Vanderpump Rules.