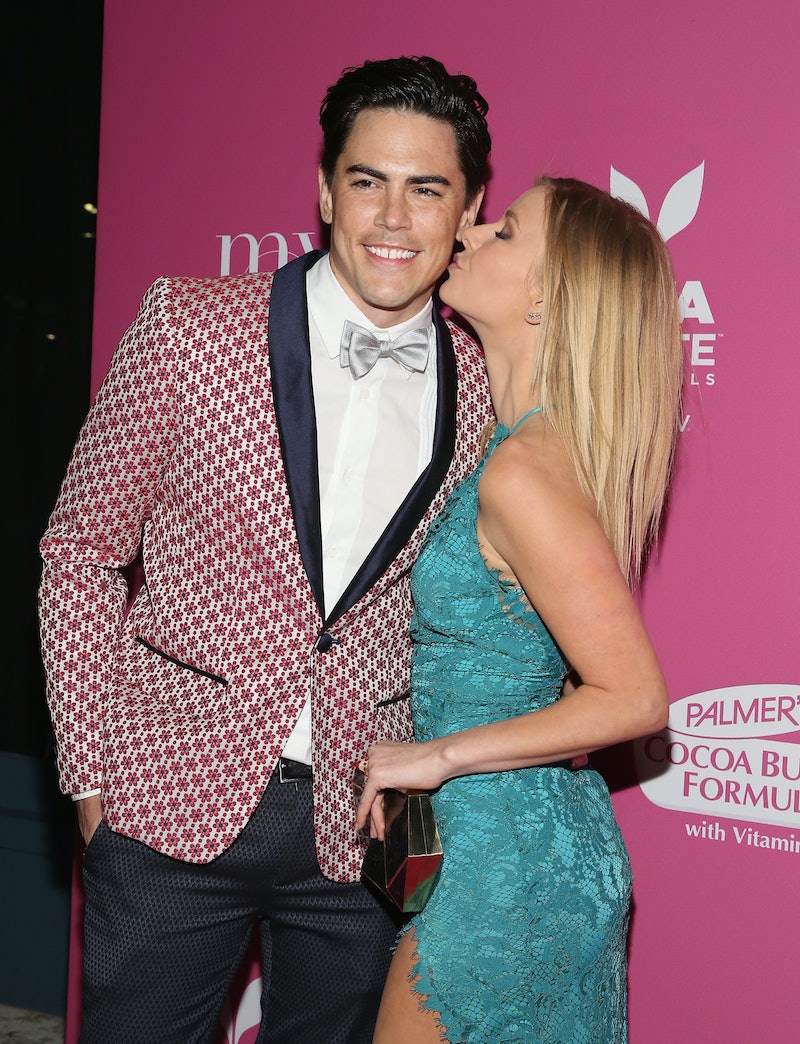 There's a level of skepticism that comes with putting your relationship on reality television, and no one knows that more than Vanderpump Rules couple Tom Sandoval and Ariana. The two came together on Vanderpump Rules after Tom got out of a relationship with fellow cast member Kristen, that was less than stellar. But, just because his romantic relationship with Kristen ended doesn't mean that Tom has been able to shake Kristen from his life. Yet, Tom and Ariana still manage to make it work, no matter what a Vanderpump-er throws at them. Then again, Season 4 is only beginning, so prepare yourself, because rough seas ahead for Ariana and Tom.

"We get a lot of shade thrown at us this season," Tom tells Bustle in an interview. "Dealing with a lot of bulls—t." The Vanderpump Rules star went through a lot in Season 3 of the Bravo show when Kristen, his ex, dug into a trip to Miami to expose Tom for allegedly cheating on his current girlfriend, Ariana. While some of it read as scornful, other parts of it read as plausible, while all of it read as outrageous. Miami Girl became a constant topic for Kristen, and in turn, Tom, who was trying to move forward with Ariana

"There's a sort of lack of understanding of taking responsibility," Tom says about his ex, Kristen. "She doesn't work at SUR anymore, so we try to stay away from her." Tom also claims that Kristen has "infiltrated" some of his other friends, so the two certainly have not made amends.

With that said, Tom doesn't plan on letting anyone hurt his relationship with Ariana. "We have this tremendous respect for each other," Tom says, echoing the same thing the two said during the cheating scandal of Season 3. "I don't throw Ariana under the bus by making her look bad."

As far as any other added pressure of dating on a reality show? "People ask when we're going to get married," Tom says. "It's been happening three months after Ariana and I started dating." As for now, there's no ring on a string — but something tells me Tom (and Ariana) have their hands full with drama this season to not feel any rush.