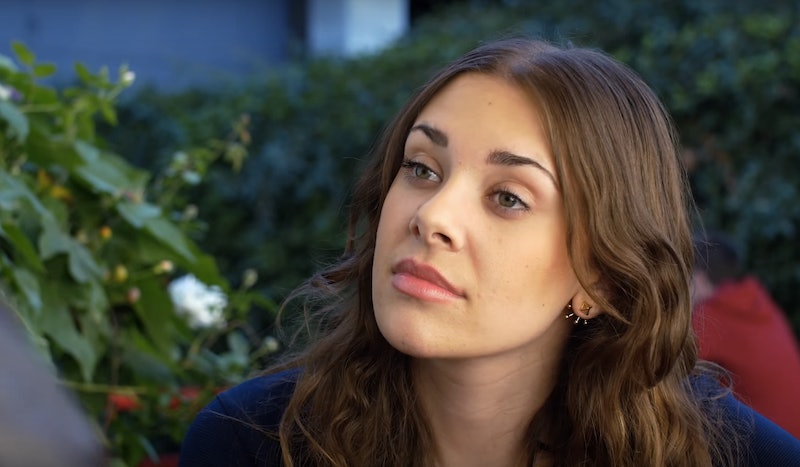 Don't you hate how, as much as you try to have a good response to catcallers, even the wittiest responses are sometimes not sufficient, like, at all? Hey girl. Yeah girl, I'm talking to you. Don't you walk away from me! (No, seriously, I realize I'm sounding like a catcaller to try and get your attention, but don't just walk away from your computer, someone could take it!) Similarly, you know how creepers will just ignore your objections and keep talking to you anyway? And honestly, sometimes even when you say that you're not interested, they keep going at you even harder? Well, BuzzFeed has come up with another, more novel approach to dealing with catcallers that doesn't require you to say a single thing.

Here's what happens in the video: a woman is all alone, waiting for her boyfriend (though she could just as easily be sitting around for literally any reason. No matter what you're doing, catcallers will find you!). A slimy, presumptuous creep approaches her and tries several lame attempts to pick her up, even though she's clearly not interested, and says so. Finally, she does the one non-verbal thing it's possible to do to get this guy off her back. I won't spoil it for you. Just watch:

If you're the kind of person who can do this on command, A) congratulations on being the heroine that six-year-olds everywhere have been waiting for, and B) It's worth employing this once in a while to get you out of this kind of obnoxious conversation. Although, let's be real: there are still people out there who would be into you after doing this. Probably, some people would be even more into you. It's a weird world out there, everyone, so eat your beans but keep your guards up.