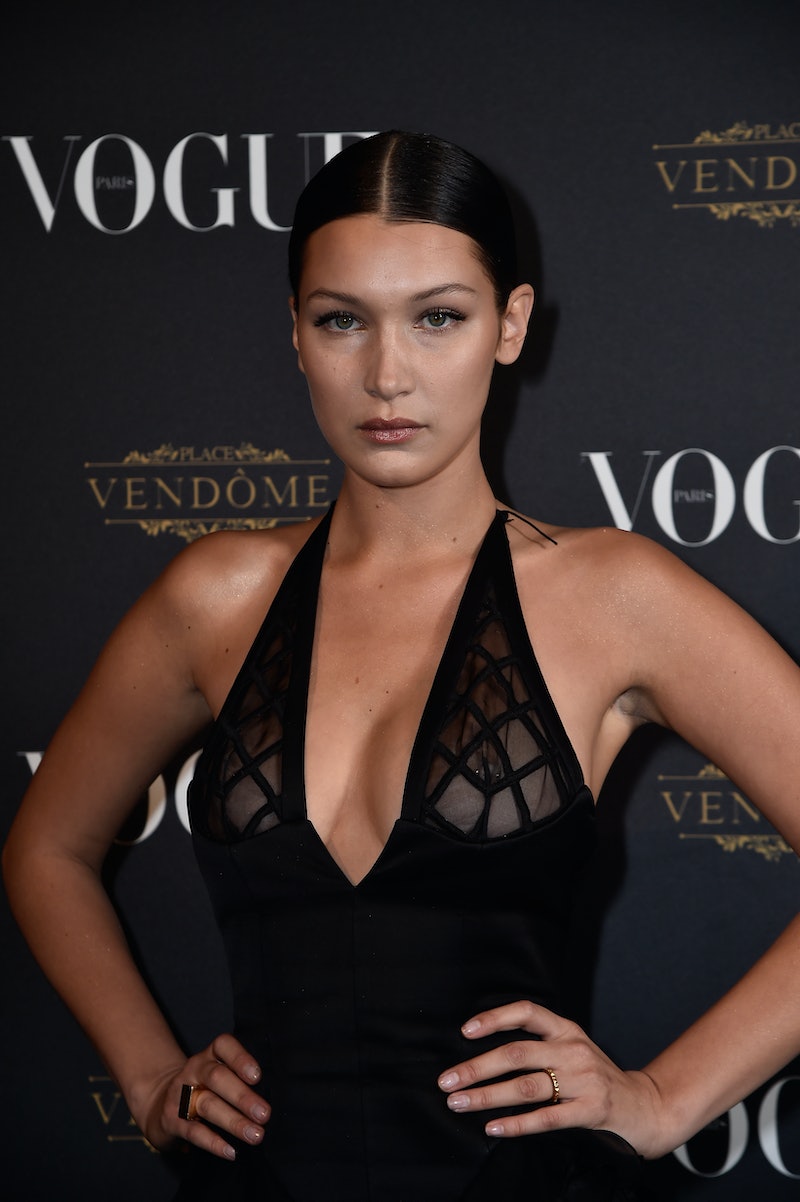 Topshop recently revealed their holiday ad campaign, and one of its stars is going to look pretty familiar to you. Yep, hot off the heels of her appearance in the recent star-studded Balmain x H&M runway show, Bella Hadid is the newest face of Topshop, and has officially snagged a campaign with the brand — and the new advertisements from the ever-popular British high street brand have a fun twist: Along with celebrating the holidays (and the accompanying festive and sequin-y styles), the new campaign celebrates eight models on the rise, or as Topshop refers to them, "the new supers."

The title of "new super" definitely has a nice ring to it, no? And it's likely not a far off goal for Hadid — after all, with this new ad campaign, she joins the ranks of loved models like Cara Delevingne and Joan Smalls. Heck, her older sister Gigi just finished a denim campaign with the brand earlier this year, so Bella is definitely in good company. In other words, high-profile cosmetic campaigns and Angel wings might not be too far off.

Pretty darn stylish, no? Each model also posed for solo shots, and Bella's just so happens to feature a to-die-for iridescent glitzy sequined number (which should incidentally pair nicely with the latest oil slick multi-colored hair trend that's been making the rounds).

Topshop and Bella Hadid — it seems like a match made in heaven. Here's hoping we see lots more from the two in the future. And if you're interested in meeting the other "supers," watch Topshop's video below to learn more about these up-and-coming models.