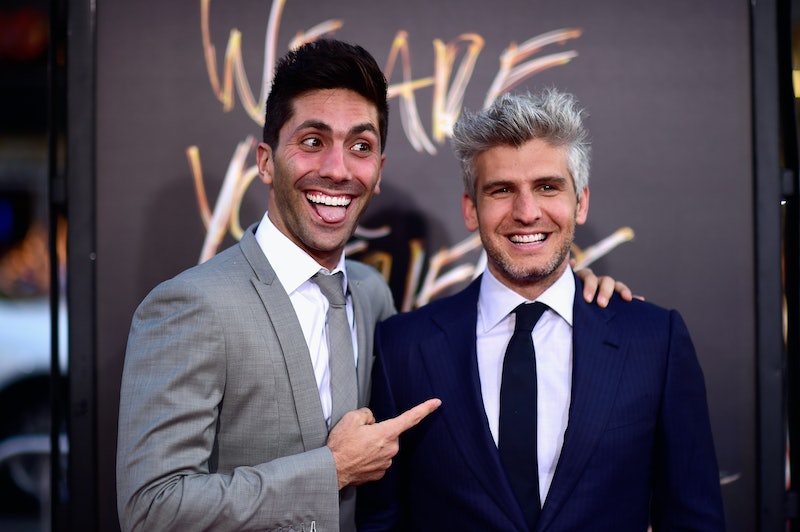 As many crazy stories as Catfish brings us, there's no way they could tell them all — especially the ones that solve themselves, without Nev and Max's help. That's where MTV's Catfish: Untold Stories comes in, and this edition definitely has some that will make you wish they'd unfolded on the show. Case in point: Marissa and Jacqueline, whose story is so insane it's hard to believe it's actually true... you know, except for the awkward dramatizations of the actual events. And strangely enough, what happened to them was eerily similar to what happened when Nev got catfished himself.

It all started when Marissa and Jacqueline became friends at school, and their friendship was relatively low key... 'til Marissa realized that Jacqueline would never like her the way that she wanted her to. So naturally, there was only one thing to do: Create a fake profile named Brandon to talk to Jacqueline with. "Brandon" and Jacqueline ended up getting really close, and Marissa got so deep into the lie that she actually looked up videos of "Brandon" singing songs to send Jacqueline that were supposedly performed for her. You know, exactly like Angela did to Nev in the movie that started this whole series.

And if that's not low enough for you, she also texted her best friend from the same bed, pretending to be Brandon. Sneaky!

The bubble finally burst when Marissa agreed to take Jacqueline to visit him and faked passing out to get out of it. How was Jacqueline not seeing all these red flags?! Not too much longer, they were having a sleepover when Jacqueline went through Marissa's phone while she was asleep, saw all of the text messages, and that pretty much spoke for itself. Their friendship promptly ended and boiled over to the point where they ended up in a fistfight that almost permanently damaged Marissa's skull. Scary? YES.

But don't worry — somehow, some way, this story actually managed to have a happy ending. After taking out a restraining order against each other, they decided to put their fight behind them and apologize to each other. These days, Jacqueline has a boyfriend, and Marissa seems happily single. Um, stranger things have happened, I guess?

The moral of the story: If you think your life is crazy, it's probably not this crazy. And if it is? Call Nev and Max. They'll get a kick out of it.