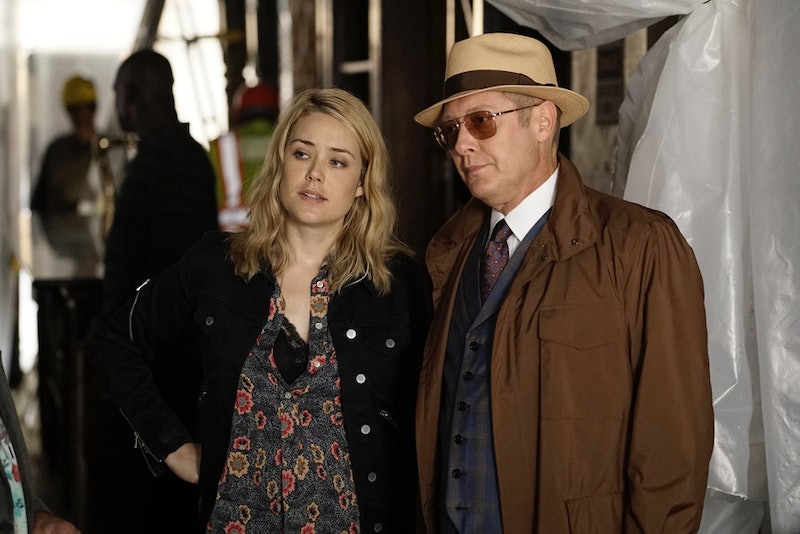 December is meant to be the most wonderful time of the year, except that all our favorite shows go on hiatus and it’s pretty awful. The Blacklist is no exception. This is the last Blacklist episode of 2015 and then we will be twiddling our thumbs until Liz and Red return to our lives. So, when is it coming back? A publicist for the show confirmed to Bustle that The Blacklist will return in January 7 (not February like last year, yay!). It’s a new year, which might mean some bright new story lines for our favorite FBI task force… and Raymond Reddington. Before I talk about what we need to see in the second half of the season, let’s talk about what’s happening because it’s pretty nuts.

First off, we need to talk about how Tom Keen is taking care of freaking business this season. I mean, Tom Keen is pretty much everything. Oh, you want Karakurt? Be right back! Literally two days later he’s got him in his trunk. Like I said, taking care of business. Meanwhile Liz and Red are still on the run from the Cabal attempting to clear her name. It seems like a never-ending process at this point. And, Ressler is literally running in circles and has no idea what’s happening ever. It’s kind of cute, but he’s lost without Keen as his partner in crime. There are so many ways the second half of Season 3 can go based on the mid-season finale, but for now, these are the things I would like to see.

She's been on the run, and it's been fun, but I'm ready for it to come to an end. She was way better when she was catching Blacklisters, and she’s not a great criminal. So, I’d like to see her on the right side of things again.

We could all use a little more Tom Keen in our lives. He's the best fake undercover husband ever.

I don't know about you, but I'm pretty tired of the director. He's a terrible villain and somehow the guys working for him are more scary than he is. What needs to happen is the Cabal turns against the Director, murdering him and put a new villain in the spotlight.

We know that she was a Russian spy and we know that she may not be dead, but I think we need to learn more about her and her relationship to Red. Are we still sure Reddington is not her father? That plot line took a back seat the first half of the season. I want to know more about her past still.

The Task Force Back Together

I'm ready for Ressler and Keen to be reunited and on the same team. On that same note, that means putting Cooper back in charge.

No Relationship Between Ressler and Navabi

I don't know what that random hookup was about, but what about Aram?! I really thought Aram and Samar were a thing and I loved that. I think I'm still processing the Ressler/Navabi thing, but I’m pretty sure I don't like it. Poor Aram, he deserves love.